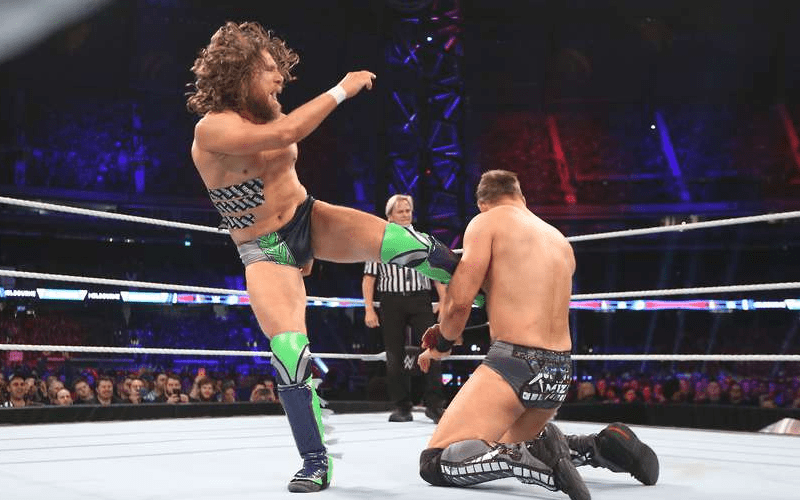 As seen at Saturday’s WWE Super Show-Down event, Daniel Bryan defeated The Miz in under three-minutes with a quick rollup, leading many to believe that there could be something more to the quick finish.

Bryan Alvarez discussed this quick finish on today’s installment of Wrestling Observer Live and speculated that WWE officials may have though Bryan was banged up so they decided to cut the match short.

“Daniel Bryan and Shelton Benjamin bonked heads on Smackdown Tuesday in a diving headbutt spot. Daniel Bryan was cleared for this show. He then had a two minute match with The Miz. The only thing that I could speculate is to think as a fan, not as a reporter but a fan, was maybe that he was banged up and thought to be safe — lets go two minutes. There is no other reason in a number one contenders match for the WWE Title that they would go two minutes. That was a big important match. It was a semi-main event.”

“I’m saying I believe he banged his head, they put him through the concussion protocol, he passed but they decided just to be safe — lets just have you go two minutes here and that’s it. Maybe he won’t wrestle on SmackDown and he’ll be good to go for the weekend house shows.”

As mentioned above, Alvarez is only speculating and doesn’t know for sure if that’s exactly what happened. If we hear any other details regarding why the match was cut so short, we’ll keep you posted.