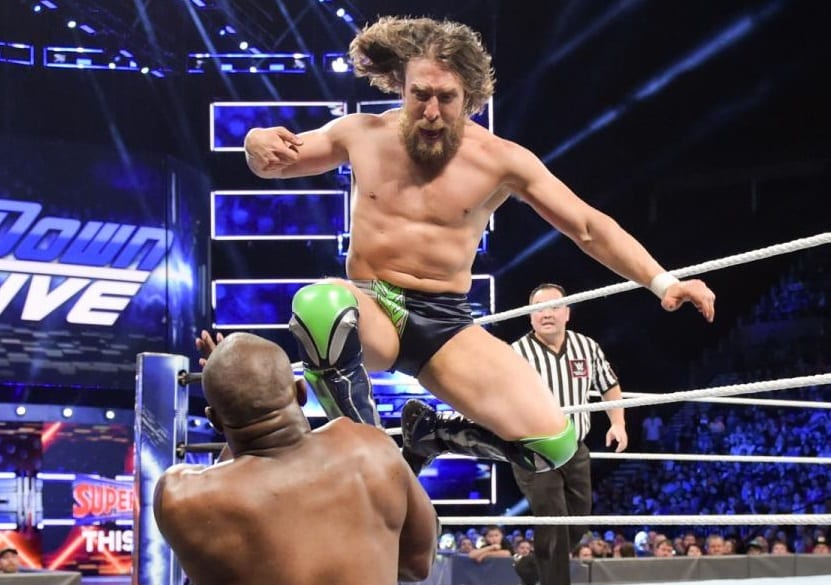 Daniel Bryan has been wrestling on a solid streak recently and winning a #1 contendership for the WWE Championship in the process. He still has plenty of fans who are a part of the Yes Movement, but it seems he’s changed up his color scheme recently as well.

He’s been going with blue and green tights and kick pads to wrestle in since his return from injury which some fans have certainly noticed as a distancing from the usual maroon tights that he’s sported ever since he was the American Dragon.

Mike Johnson noted on PW Insider that the impression he’s received is that Bryan is simply paying homage to his Seattle Seahawks which represents his hometown of Aberdeen Washington which isn’t too far from Seattle. The blue and green match with the Seahawks colors.

This is a pretty cool personal touch to Bryan’s in-ring character, but it might give some NFL fans who root against the Seahawks a little bit of hesitation next time they find themselves cheering for Bryan.