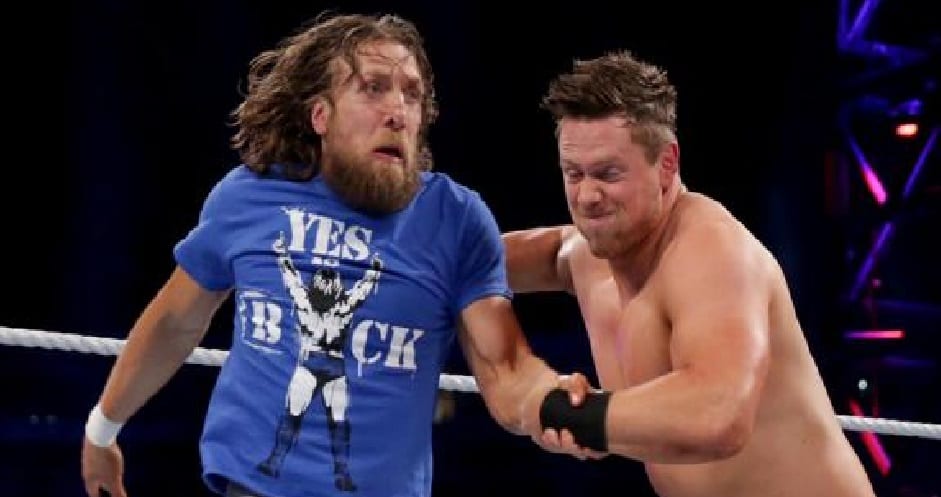 Daniel Bryan vs The Miz at WWE Super Show-Down was a much-hyped encounter between the two old-rivals that would help determine the next #1 contender for AJ Styles’ WWE Championship match and it ended in less than 3 minutes with a small package pin. There’s a pretty good theory why the match ended like this, but there are also some scarier rumors floating around out there as well in regards to Bryan’s health.

It was noted on Wrestling Observer Radio that Daniel Bryan was cleared. Therefore, if there was some awful lasting effect from the mistimed headbutt spot in his match with Shelton Benjamin then Bryan simply wouldn’t be allowed to wrestle because he’s not medically cleared to compete once again.

Bryan is still going through testing from what we can tell that hasn’t changed and WWE wouldn’t allow him to work at all, even in a 3-minute match in Melbourne Australia against The Miz where he won with a roll-up pin.

To discredit the theory that Bryan is injured even further if he was, in fact, hurt again WWE wouldn’t have booked him in a WWE Championship match in Saudia Arabia at the Crown Jewel event.

Dave Meltzer continued to discuss the reasoning why Bryan vs Miz was so short and while the reason isn’t 100% clear at this point, it’s obvious that it had nothing to do with Daniel Bryan not being cleared to compete.

“I don’t know what the story behind this is right now. Hopefully, I find out but it also could be that the show was running late and they weren’t going to cut Triple H’s time.”

The Super Show-Down ended in an over 30-minute match with Trips vs The Undertaker and had an important angle planned to take place after the contest. Therefore, WWE might not have wanted to trim anything so Miz vs Bryan took the hit.

But it’s important to remember that it had nothing to do with Daniel Bryan being injured so all of the reasons we stated above.