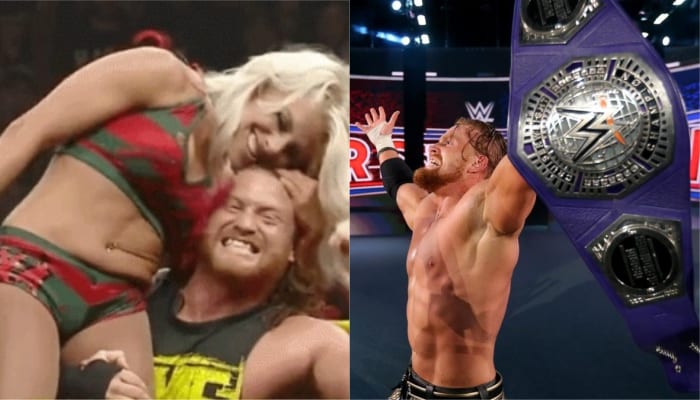 Alexa Bliss didn’t make the trip to Australia for the Super Show-Down because she had other appearances lined up like participating in the American Heart Association charity. But her fiance Buddy Murphy was on the Super Show-Down event and he had a pretty great night in Melbourne.

Murphy defeated Cedric Alexander to not only give him his first loss in 2018, but he also took the WWE Cruiserweight Title in the process. Some people called it the best match on the card for more reasons than just the incredible pop he received from his home country when he picked up the win.

Alexa Bliss didn’t comment on her fiance’s win immediately. but when she tweeted out: “Well would ya look at that” everyone knew what she was talking about. She’s been with Murphy since NXT when she was his manager along with Wesley Blake. Now he’s the WWE Cruiserweight Champion after working his tail off and losing an impressive amount of weight in the process.

Our guess is she can’t wait until Murphy gets back to the USA so she can congratulate him in person with their pig Larry Steve.

Well Would ya look at that 🤗😃