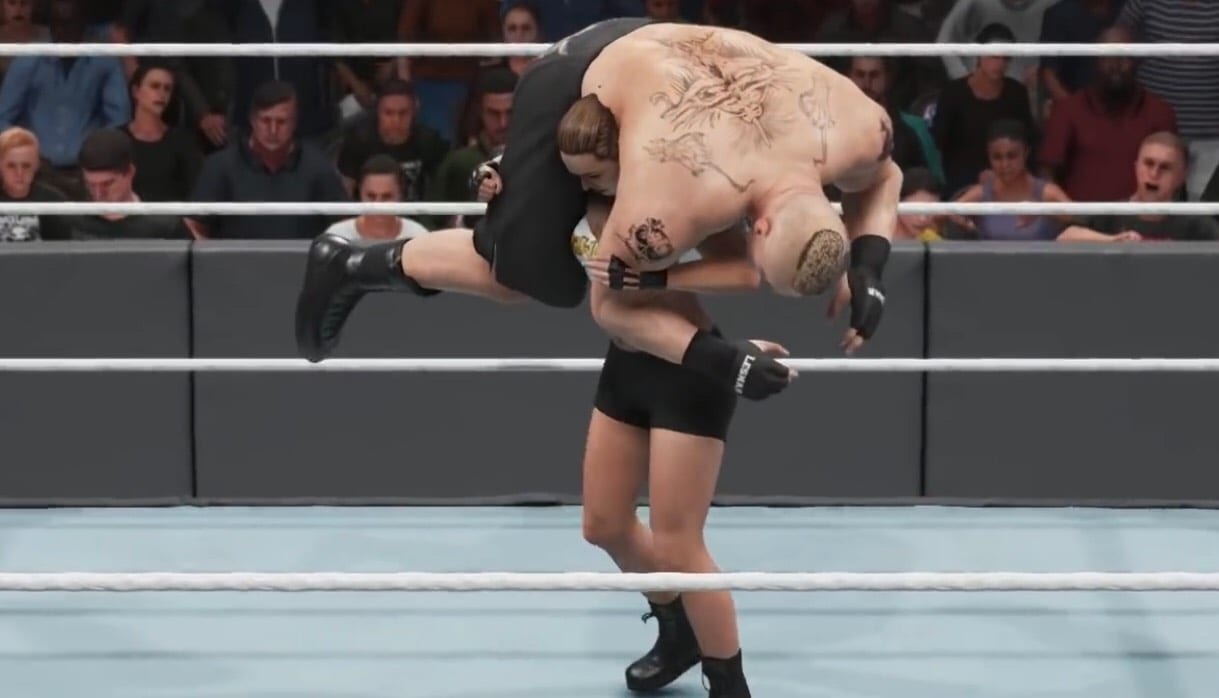 Ronda Rousey is featured as the special preorder character on WWE 2K19 and plenty of people bought the game early just so they could play as the former UFC Champion. There are plenty of dream matches you can put Ronda Rousey in, but it turns out one clever fan was able to do way more.

Apparently, you can figure out how to make intergender matches happen on WWE 2K19 and this fan used it to make Ronda Rousey vs Brock Lesnar a reality.

You can check out the match below and we’re not going to spoil it for you, but it had a pretty interesting result, to say the least.

If anything, you can check out the insane graphics the 2K team put into the detailing to capture Rousey and Lesnar in the new game if you’re not a fan of intergender wrestling. Thanks to UzumakiPavel on Reddit for pointing this one out.