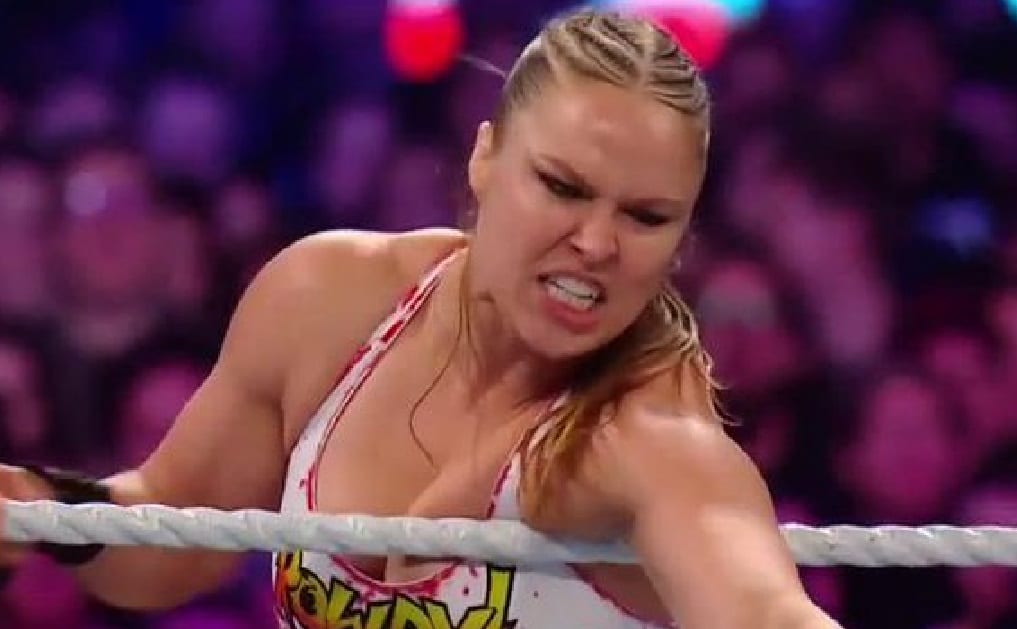 WWE Super Show-Down rocked Melbourne Australia, but one of the biggest pops of the night came when Ronda Rousey came out to join her Bella Twins tag team partners. They were facing the Riott Squad in the match which was in a lot of fans’ minds a chance for Liv Morgan to get a little bit of revenge on Brie Bella.

The Rousey/Bella Twin team were the obvious babyfaces although it’s hard to deny how popular the Riott Squad are as well, but it was impossible to touch how over Rousey was in Melbourne.

Rousey got the hot tag, but Morgan broke up the armbar on Sarah Logan. Nikki got the upper hand on Ruby Riott on the outside, but Rousey soon turned things around on Logan and Morgan when she grabbed both of their arms and locked in a double armbar causing them to tap out at the same time.

This was an interesting variation of her finisher, that’s for sure.