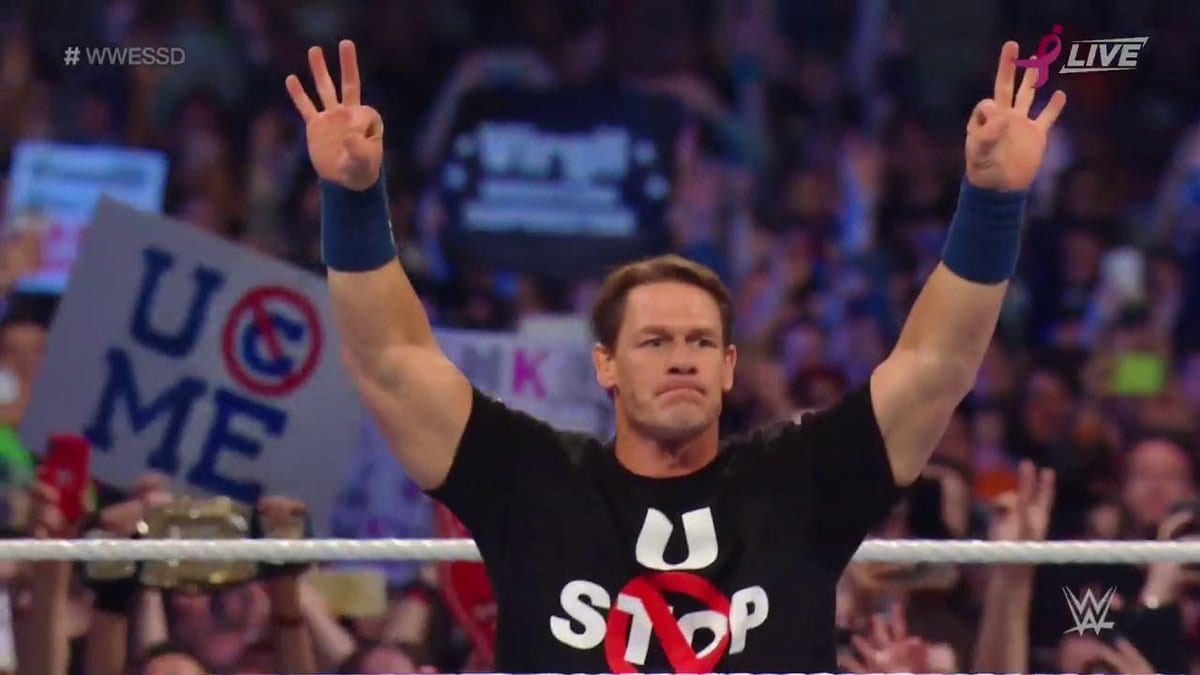 John Cena is a 16x WWE Champion, but he didn’t do a whole lot at the WWE Super Show-Down. Not only did Lio Rush not make the trick to Melbourne Australia, but neither did Cena’s bump-taking abilities.

Bobby Lashley worked a majority of the match and then made the hot tag to John Cena who took out Elias and didn’t take any moves in the process. It ended very quickly and the crowd seemed happy after a short match. After all, they got to see John Cena and his lackluster 6th Move Of Doom.

But the reason Cena didn’t take any bumps has to do with his current movie shooting schedule. This is also why he cut such a strange promo after the match as well. Cena has to go back to shoot more of the upcoming Jackie Chan movie Project X in China soon as well so he might not be back around for a bit.

Just like The Rock, there are movie studios who have a lot of money tied up in Cena’s name at this point and their insurance would shoot through the roof if Cena actually took a bump in a match. Therefore, it was agreed upon that Cena wouldn’t take any bumps as a compromise to the situation.