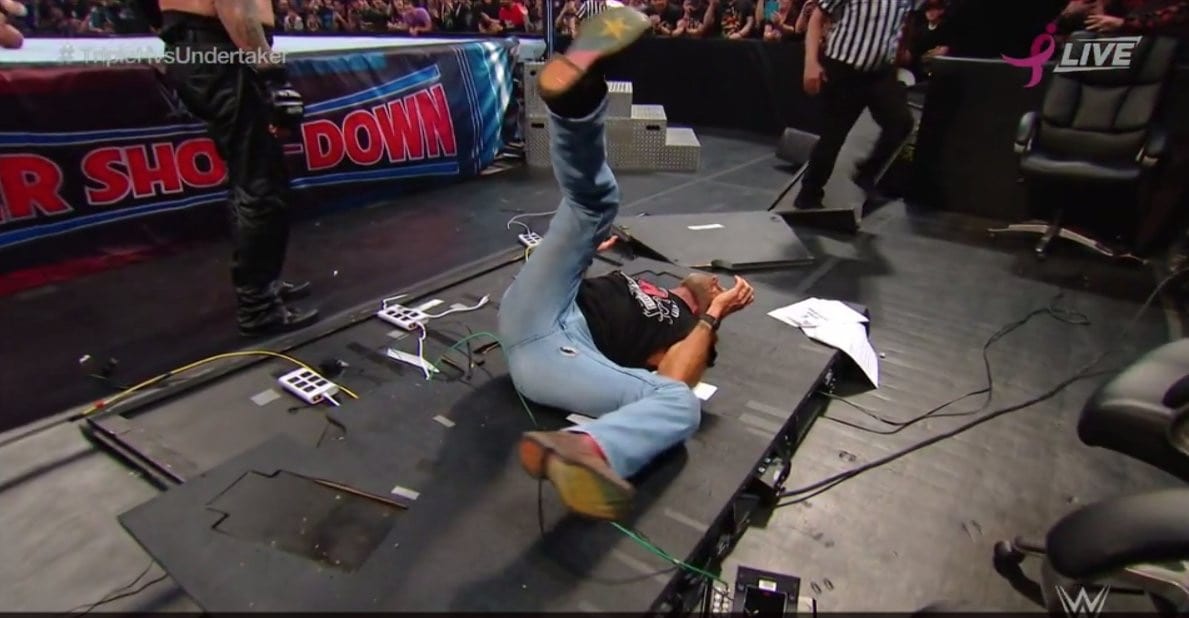 The WWE Super Show-Down concluded with Shawn Michaels taking a table break spot at the hands of The Undertaker’s chokeslam. He sold the move well, but there is more than meets the eye.

Our source who was in attendance at the event has told us that there was a lot of gimmicking involved to make sure the table break spot worked. Therefore some in the Melbourne Cricket Field saw the spot coming.

We are told by our source who sat in the 2nd row that, “Shawn Michaels didn’t take much of a bump. A ring tech was out there 30 seconds before with a drill undoing the corner nuts from the table, hence the clean break. I would’ve recorded it but it was so blatant to the crowd.”

It certainly looks like we’re headed for more in-ring action from HBK. It’s understandable that WWE would have wanted the spot to go off without a hitch, but they apparently made it a little too obvious for the live crowd who was paying attention.