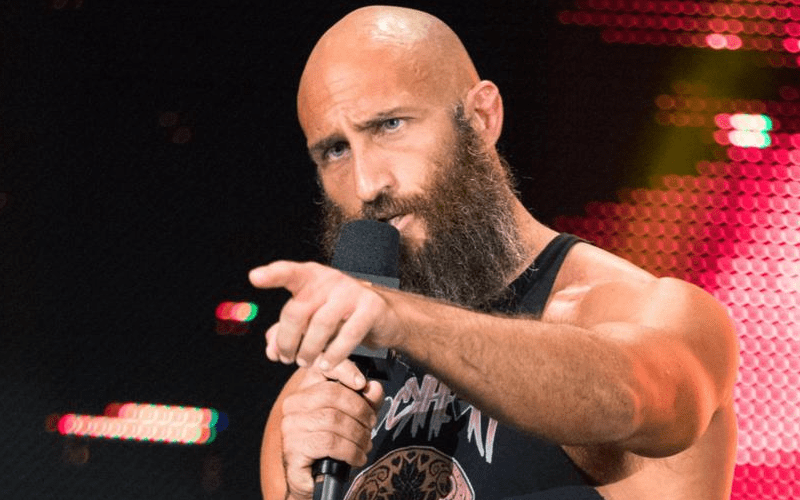 NXT Champion Tommaso Ciampa continues to be one of the shining lights down in developmental, and now, he’s set his sights on a new target: Velveteen Dream.

Ciampa has been reigning supreme at the top of the pecking order in NXT for quite some time, with the Johnny Gargano feud really elevating him to that next level. Alas, they can’t fight forever, and it appears as if he’s already moving onto a feud that could be one of the all-time greatest in the history of the brand.

Velveteen Dream has been on a rocket ship up the card ever since debuting his new character, and it’s fair to say that the fans have turned him into a babyface by default. He’s young, he’s hungry, and he could easily spend the next few years continuing to improve in NXT.

These two characters couldn’t be any more different, and that’s arguably the most exciting factor in play here. Sure, there’s no guarantee that they’ll tear the house down, but even if they don’t the story that they’re going to tell will encapsulate the majority of the audience.

It feels like Ciampa is destined to lead NXT as the champion until at least WrestleMania 35, which could open the door for one last showdown opposite Gargano.

Then again, NXT has pulled a fast one on us in the past, and Dream winning the championship would be a feel good moment that could lead to even more interesting possibilities in the long run for both men.