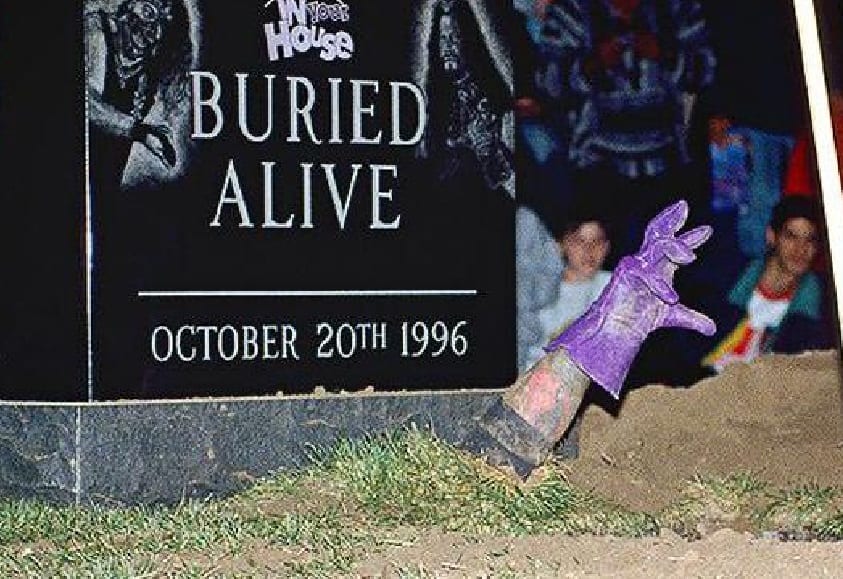 You never know what can happen in WWE. After all, every week it’s a new series of puzzle pieces to put together. But it seems that one big gimmick match with some grave outcomes could be coming to SmackDown Liev in order to finish something pretty intense.

AJ Styles mentioned the term “buried alive” on SmackDown Live during his promo which Joe Peisich of Barnburner’s No Holds Barred podcast picked up on big time. He noted that could be the possible direction of this feud although he hasn’t heard anything definite.

But if you consider the fact that every single line is written out for Superstars to say (in most cases, especially with a taped promo) then this makes it even more interesting.

Only time will tell what happens between AJ Styles and Samoa Joe, but it’s probably a very good bet that whatever is between the two won’t be finished up at the Super Show-Down on Saturday.