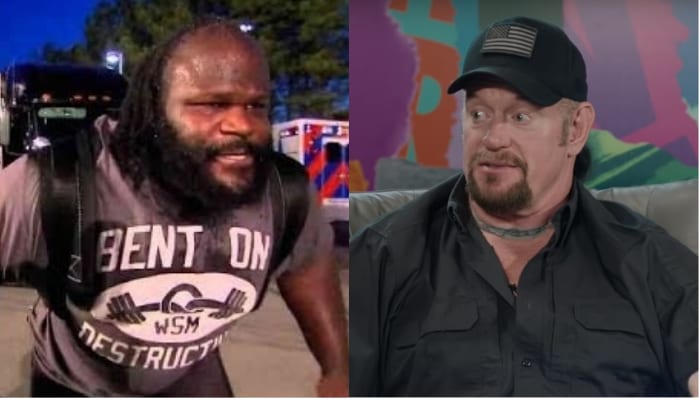 WWE’s European tours are usually a time when you don’t know what to expect next, after all, anything can happen while they’re traveling around by bus like that. But if Mark Henry was in your group, then at least you didn’t have to worry much about being blocked in.

The Undertaker recently sat down with Pastor Ed Young as part of the “Wrastlin'” series where he told a few stories about Mark Henry’s strength including one tale about how a car almost caused a bus full of WWE Superstars to be late, but thanks to The World’s Strongest Man, they were able to avoid being tardy.

“When we travel overseas once we get to where we’re going we travel by bus. So you’ve got good guys on one bus and bad guys on the other. Anyway, we were checking out of a hotel one morning. We had a 4-hour drive to the next city we were going.”

“But in front of the first bus was a car and the driver didn’t have enough room to pull out and we’re sitting there — nobody can find out who owns this car and as everybody’s looking at their watch. Everybody’s worried ‘I gotta go to the gym, I gotta eat.'”

“Mark [Henry] gets wind of it. He goes, ‘I’ll handle it.’ Mark gets up goes off the bus, grabs a towel, goes to the back end of this car. He puts the towel underneath the fender well, he reaches under it, he picks it up, and he takes a couple steps and puts it down.”

“He looks at his hands, fixes the towel, hooks it again, and he picks it up and walks a couple more steps until we have enough of an angle that the bus could pull out. I was like, ‘What do you do with that?’ I’ve seen him take — we were in Japan once and I have seen him take a nice piece of silver like a spoon you’d stir your coffee with and he twisted it like a pretzel. I’ve seen him take frying pans and bend them in half. It was just a gift that he was given that not many people have and he’s just the nicest guy in the world.”

Mark Henry is a great guy to have around and it’s no wonder why he is now a WWE Hall Of Famer. After all, there aren’t many people who can do what he does. I guess Braun Strowman can fill Henry’s shoes now that Mark is retired from in-ring competition, but Mark Henry has to be a tough act to follow.