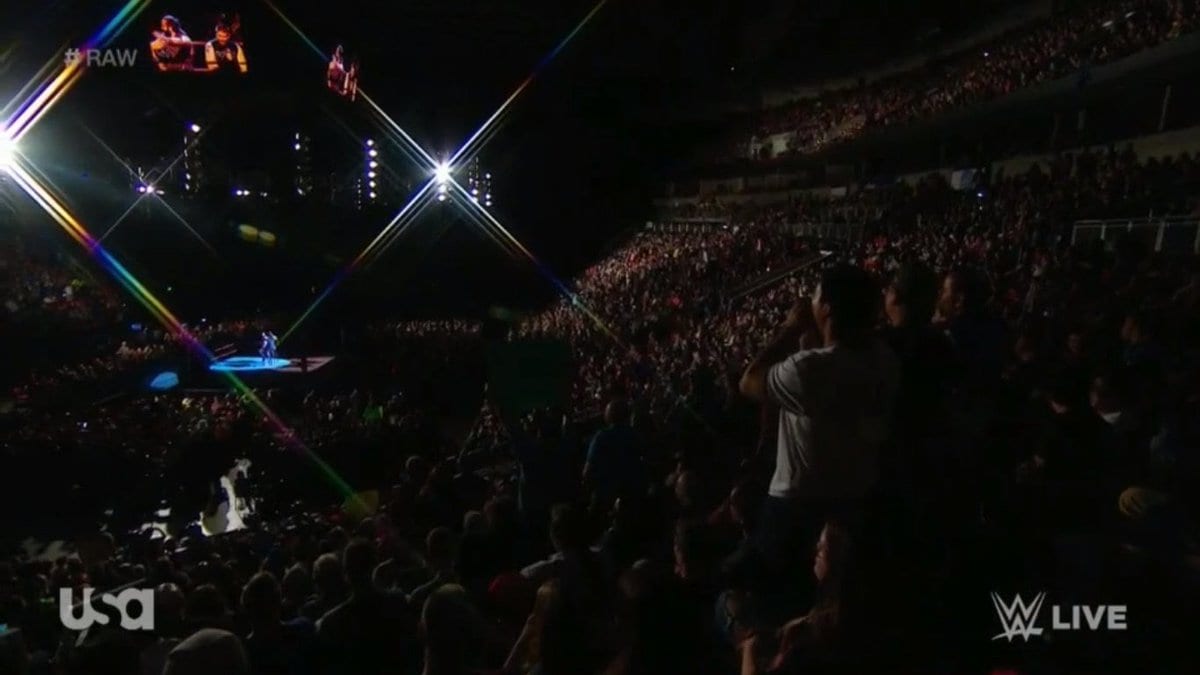 Seattle is a pretty great city to host a pro wrestling show. As it turns out, their love for basketball transcends pro wrestling and even 10 years after they lost their beloved Supersonics, they can still boo you out of the building for mentioning the sport.

The crowd was a very interesting one as well throughout the night and they got a pretty great surprise with The Undertaker and Kane coming back at the end as well. But the fans still might have been left a little jaded following their booing bonanza on Elias and Owens.

Tom Phillips commented that Seattle is “salty AF” on Twitter. Only time will tell how the crowd will be in Portland for SmackDown, but thankfully the Trail Blazers are still a basketball team for them.

In all reality, Seattle fans did have a reason for being upset and we previously reported on an explanation, but Phillips certainly seemed blown away by their level of animosity.