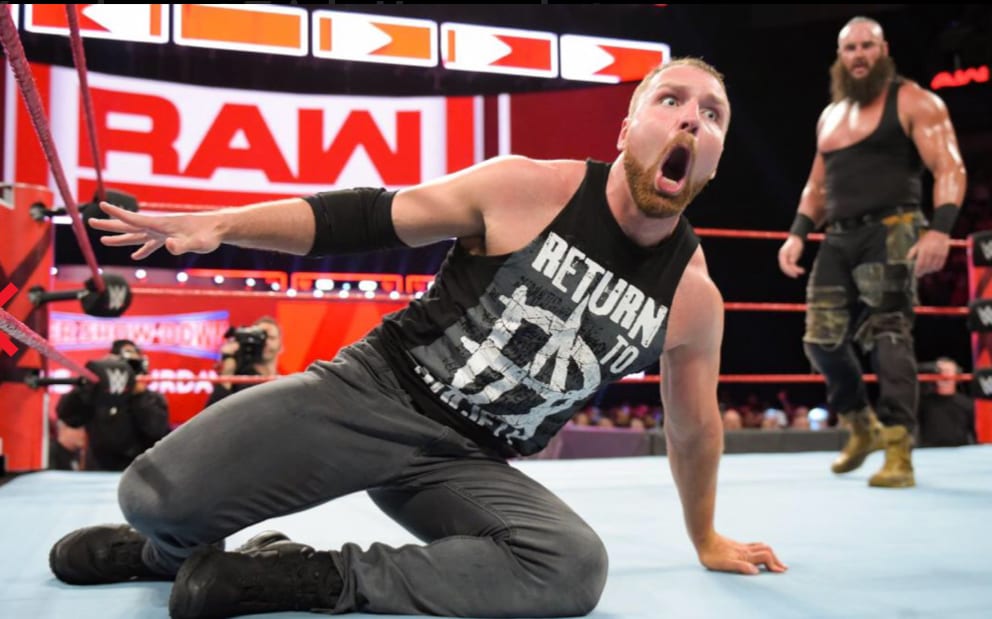 Dean Ambrose and Braun Strowman had the opening match of the night on Raw this week which helped promote their upcoming WWE Super Show-Down event in Australia on Saturday.

During the match, it was noted that they worked a very slow pace and it was a “doing nothing” Ambrose match where he did a lot of selling. We also reported how Strowman could have possibly been working hurt.

But Bryan Alvarez, who was there in Seattle commented on Wrestling Observer Radio how the crowd received this match which didn’t quite make it onto television.

“Dean’s out there, he’s doing this goofy selling — like the crowd’s laughing at his selling. He’s supposed to be like this is the heat segment. We’re supposed to have sympathy for Dean Ambrose for his comeback.”

“They’re laughing at him because he’s not even doing Terry Funk, he’s doing a parody of Terry Funk. Kind of laying on the guardrail and people touch him and everybody laughs and they do it again, they tease a count-out twice and it was just horrible, this match was terrible.”

Ambrose might have been selling extra to make up for Braun Strowman’s inability to do much, after all, he could be hurt. Hopefully, everything is okay though. But it didn’t seem to help the crowd receive Dean’s unique style of selling in Seattle.