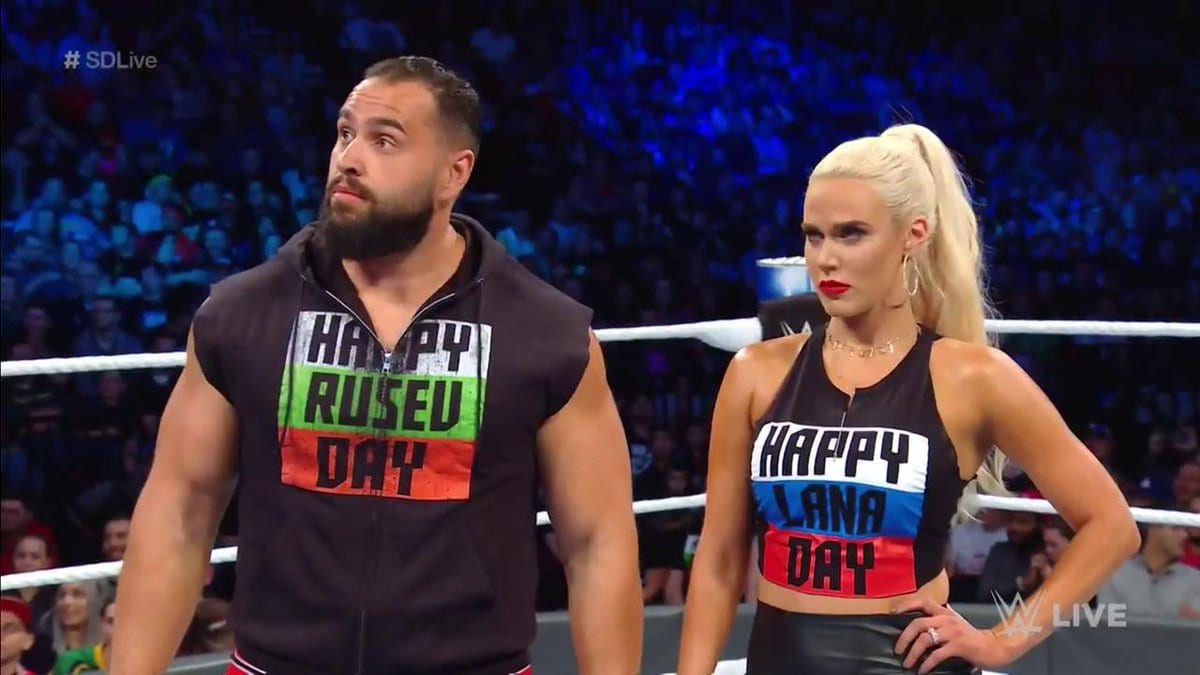 Aiden English turned on Rusev a couple weeks ago and left plenty of people wondering why. One week later he blamed it on Lana and then before he left, English said something about what Lana did in Milwaukee… then he dropped the mic and left.

There have been plenty of people who had theories ranging from The Rock’s Wisconsin Wheelbarrow mention and without question that could still be the case, after all — WWE can do whatever they want. But Aiden English had something special in store this week on SmackDown.

Rusev and Lana came to the ring and called Aiden out and he started the show, “One Night In Milwaukee.”

The video was English singing a little bit to rehearse his musical insults for the Milwaukee crowd. There was a knock on the door and Lana came in.  She said she wanted to tell Aiden something that she’s been thinking about for a long time.

“I want you,” Lana said… and then the tape cut off. The crowd chanted “holy sh*t” before Aiden said he wants to show us the rest, but he can’t for legal obligations because he’s “entertaining an attractive offer from TMZ and he wouldn’t want to cheat on them..”

Rusev asked Lana if there was more ad she didn’t say anything. Then Rusev chased Aiden English off.