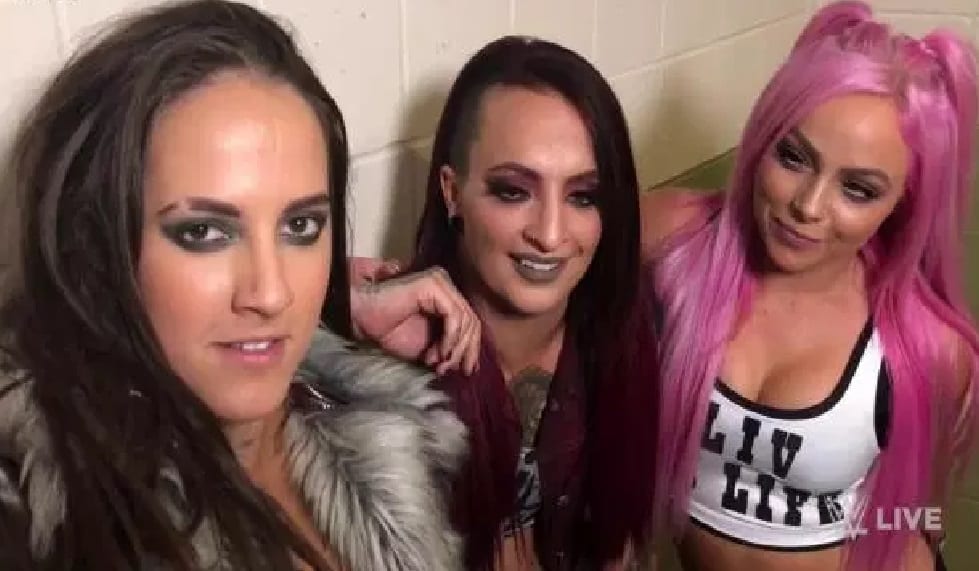 The Australian Super Show-Down is less than one week away and since Melbourne is half-way around the globe, the WWE Superstars needs to get on the road soon. Therefore it looks like their travel will start today, at least for the Riott Squad.

Liv Morgan is now apparently cleared from her recent concussion from all signs as Dave Meltzer noted on Wrestling Observer Radio that the last he heard she was cleared for everything except taking bumps. But she’s on her way to Melbourne anyway.

“Oh, tour… they’re trying to take me off the tour? You think you can tour without me?” Liv said to which Ruby Riott and Sarah Logan both agreed they couldn’t do a tour without her.

The Riott Squad are set to face Ronda Rousey and The Bella Twins at Super Show-Down and although it’s unlikely the heels will walk away with the win in that kind of a match, especially with Rousey on the other side you never know what can happen in WWE.

Regardless, the Riott Squad is ready for another adventure as a team and Liv Morgan was excited to show the world her new pink hair. You can check out the video below to catch up on their current state of mind which is jovial and obviously excited about the long trip to come.