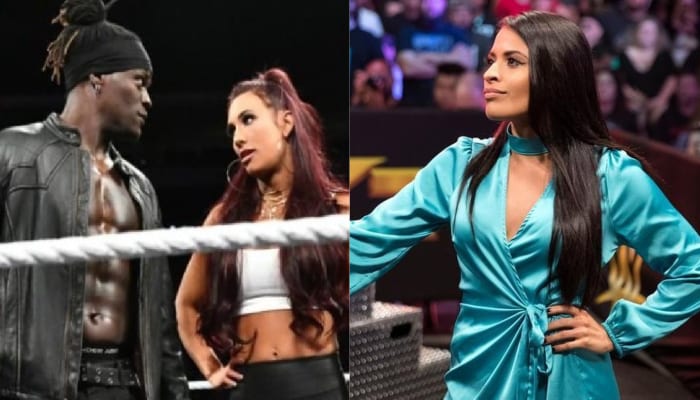 The 2nd season of WWE Mixed Match Challenge out together Carmella and R-Truth as a team and Mella turned babyface and dyed her hair because of it. What is very interesting about the MMC 2 is that Andrade Cien Almas and Zelina Vega weren’t included as a team even though they logical should have been.

Theres a a really popular Drake meme that’s been used many times to show how one thing is good while the other is bad. Because Drake likes what he likes and doesn’t have to look at what he doesn’t want to. We’ve seen this meme used for all sorts of things as a comparison of good and bad.

Vega found the opportunity to use this meme against Carmella & R-Truth. So this could mean that’s who her and Andrade Cien Alma’s might be feuding with next.

It should be interesting to see what WWE doesn’t it they do book these two against each other because they’re both coming off of losses.