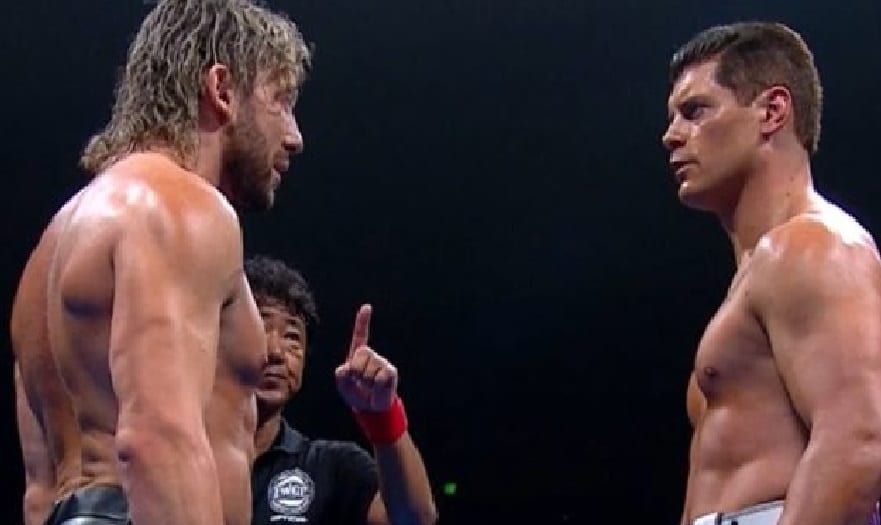 Cody Rhodes and Kenny Omega are among the guys on the “indie” wrestling scene that WWE would love to snatch up. After all, they once had both of them in their company and they didn’t give the current IWGP Heavyweight Champion a chance in developmental and they painted the current NWA World Heavyweight Champion and IWGP US Champion up to look like some insane intergalactic traveler.

But as Cody secured the NWA World Heavyweight Championship at All In from Nick Aldis and then won the IWGP United States Title from Juice Robinson last night, it looks like he’ll be staying around because he has 2 big titles to defend.

Dave Meltzer continued to discuss the fact that Omega seems likely to stay in New Japan as well during Wrestling Observer Radio due to the current storyline they have him in which should require one more very important match against Kota Ibushi. It was also noted that this match against Ibushi will happen on a big stage and not one with a week’s notice.

“I mean, I’ll tell you what. Everything that Omega did only leads you to believe that he’s going nowhere and Cody Rhodes was the same thing this week.”

Only time will tell what happens with Cody and Kenny. But Omega isn’t part of the pact to stick together that the Young Bucks, Rhodes, and Hangman Page all have. So they could be making different decisions. Rhodes could always drop his titles and head to WWE, or NJPW could get them to sign an extension to work the MSG show WrestleMania Weekend. Needless to say, things are going to get very interesting before they are all figured out.