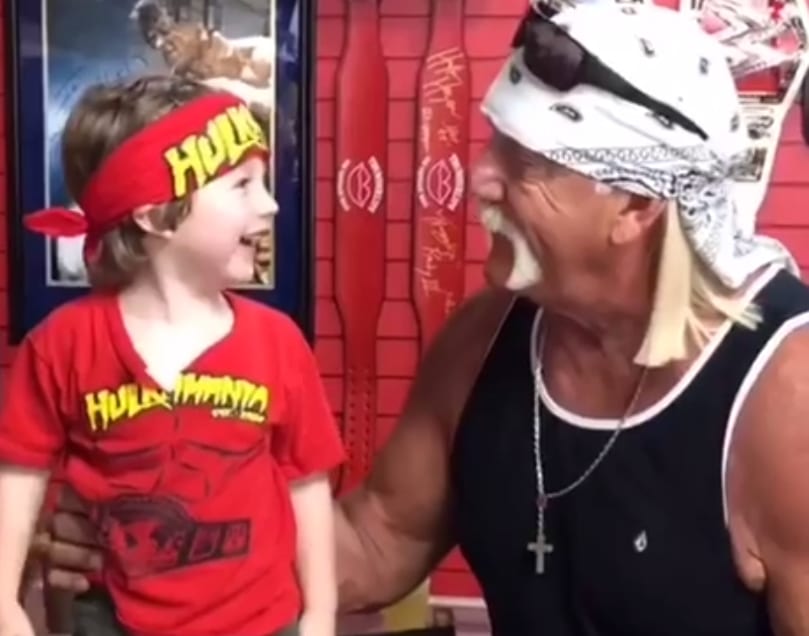 Hulk Hogan is back in the WWE Hall Of Fame after nearly 2 years of banishment. Some people think he shouldn’t be allowed back in WWE until he really apologizes and makes an effort to make up for what he said to cause his exit from WWE, but that’s another story.

As we get closer to the big Saudi Arabia Crown Jewel show, it seems like it’s even more likely we’ll be seeing Hogan do something on the show.

At a recent appearance and autograph signing, Hogan met a very young fan who wasn’t around at all during his active wrestling career. In fact, he probably doesn’t remember Hogan as a judge on Tough Enough. But he certainly loves The Hulkster and he proved it.

This young fan might have used a couple pointers on how to pull off Hogan’s signature shirt, rip but once he got started he got the hang of it in a big way and even pulled off Hulk’s “whatcha gonna do, brother?!” catchphrase.

It’s a pretty great little clip and only proves even more that Hogan’s legacy isn’t going away as long as there are people around to show future generations how electric it was when Hulkamania runs wild.