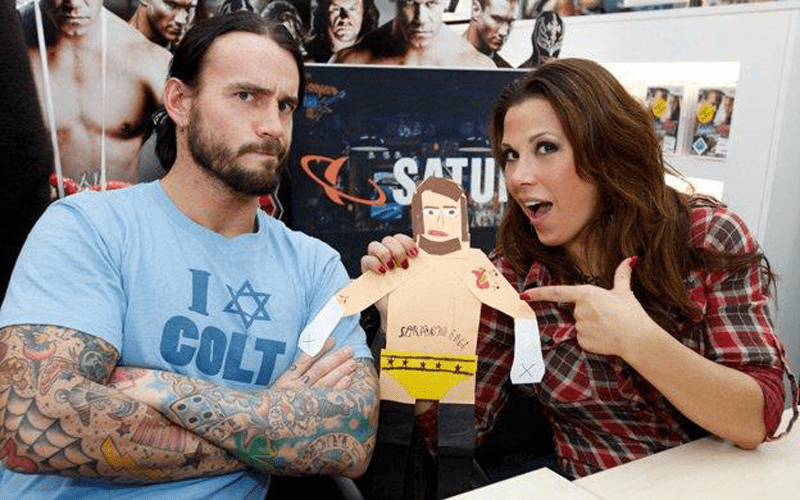 Mickie James and CM Punk had vastly different introductions to WWE’s main roster. While James became embroiled in a feud with Trish Stratus, Punk went through ECW before finally arriving on RAW and SmackDown Live. However, James and Punk were initially set to debut together.

Twitter user @MikeinPA1 tweeted a flashback Friday photo that shows Punk and James at a dark match prior to an episode of RAW in 2005. The two Superstars look relatively different then the counterparts we know today.

This led to James responding on Twitter through her own account. James- who is currently employed by WWE on the RAW roster wonders how different her career would have been if she and Punk remained a pair as was planned by WWE during that dark match debut.

This was when @CMPunk & I “officially-unofficially” debuted. I’ve often wondered how our careers would have been different had they gone forward with this pairing and entrance into the @WWE @WWEUniverse #wellneverknow https://t.co/9O3iPR9h6l

As we know, that never panned out. Punk had a successful run with WWE, but left the company years ago and filed a lawsuit against WWE’s doctor- which he famously won earlier this year. James was a multi-time Champion in WWE before leaving for Impact Wrestling. Now back, she is a core member of the women’s division.

How different would Punk and James’ lives have been if WWE stuck to that plan? Does the pairing interest you for an on-screen role? Let us know your thoughts, opinions, and reactions in those comments down below.