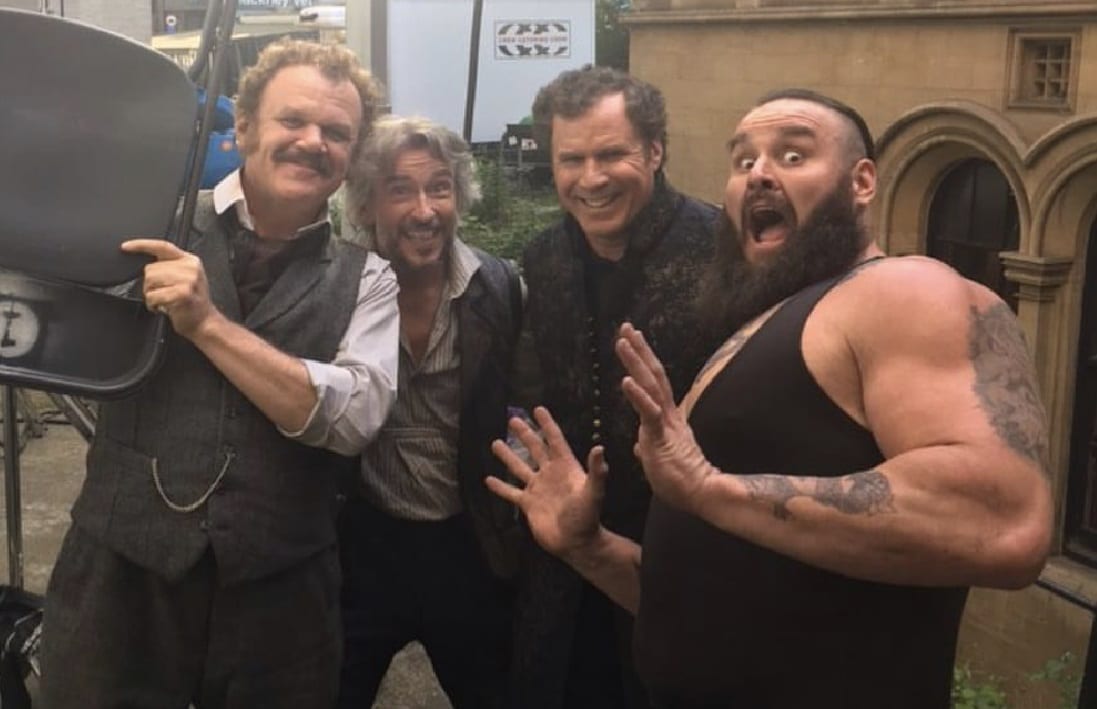 Braun Strowman is one of the top names in WWE and in spite of his recent heel turn, he’s still a pretty likable guy. The Monster Among Men also has incredible comedic timing which could be a reason why he’s appearing in the upcoming Will Ferrel and John C Reiley film Holmes And Watson.

It’s unclear what Stroman’s role is going to be judging by the trailer and he probably didn’t have a whole lot of time to be at a movie set seeing how busy he’s been in the last couple of years with WWE. But there could always be time for him to drop in and film a little something.

Strowman recently wrote on Instagram: “Well the cats out the bag and I can talk about it now!!!! I will be making my big screen debut December 21st in the new #HolmesAndWatson #movie along side #WillFerrell #JohncReilly #SteveCoogan it’s surreal to even be typing this right now because I have been such huge fans of these guys and there work for so long. It was such an unbelievable experience working with such talented people. I can’t wait to see the debut of it. I hope it’s as awesome as I felt doing it!!!! The future is bright for #TheMonsterAmongMen #TheOnlyMonsterInHollywood.” He also used a couple other hashtags, but those two were the best by far.

It looks like he had a wonderful time being on a movie set with pros like the Step Brothers.  Strowman said the future is looking bright for him and it’s hard to disagree at this point.

You can check out the trailer below to see Braun do his thing in this upcoming movie which is set to be a satirical verson of the classic mystery stories of Sherlock Holmes and his associate Watson.