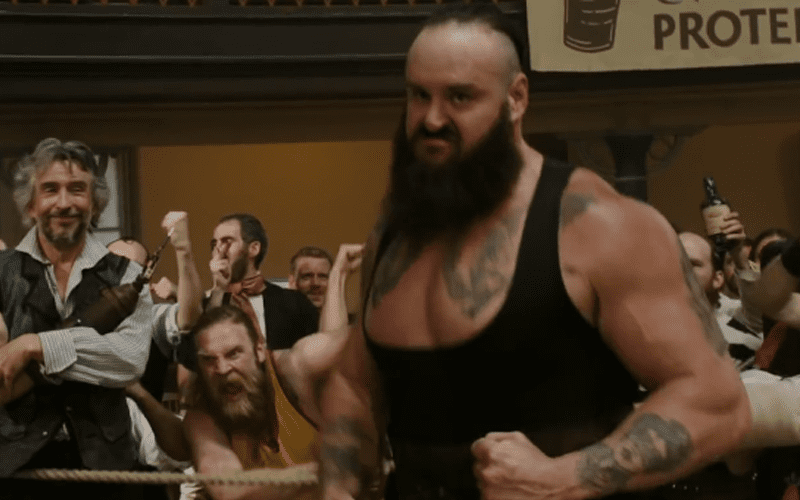 One of the best words you could use to describe RAW Superstar Braun Strowman is ‘tank.’ The man stands at 6 foot 8 inches and weighs 385 pounds. They call him the ‘Monster Among Men’ for a reason. As such, Strowman appears to be taking this monicker to the big screen.

In a trailer that was released today on the upcoming Holmes & Watson movie, Strowman was shown in what appeared to be a bar as the Superstar is hit in the back with a chair. While certainly not the starring role, Strowman appears to be an interesting addition to the cast for his role as a wrestler.

The movie stars Will Ferrell, John C. Reilly, and Ralph Fiennes, among others. This obviously includes the duo that starred in Step Brothers and Talladega Nights- two classic comedy films. The difference here is that they’ll be doing a comedic adaptation of the classic Sherlock Holmes tale.

You can watch the trailer below. Strowman can be found at around the 1:30 mark of the video.

Strowman previously starred as a strongman in a movie titled Three Count that was released back in 2016. Additionally, he has been featured on The World’s Strongest Man as a competitor and on Dus Ka Dum as himself.

Would you watch this movie? Does it interest you? Let us know your thoughts, opinions, and reactions in those comments below.