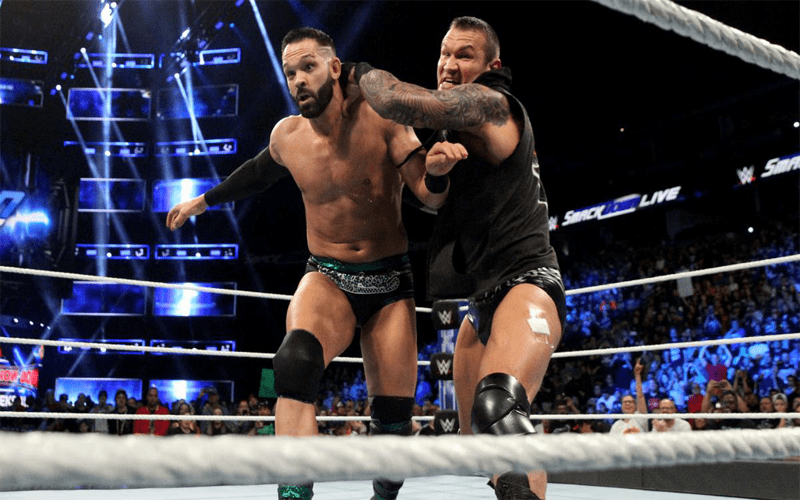 On SmackDown Live earlier this week, United States Champion Shinsuke Nakamura took on Tye Dillinger in a match-up likely stemming from comments made by the two on social media. During the match, Randy Orton came down to the ring for the disqualification and assaulted Dillinger.

Orton laid Dillinger out before walking away, allowing Nakamura to hit a Kinshasa on the Superstar to completely take him out. ‘The Viper’ would later claim his reasoning for this vicious attack was because he doesn’t like the whole “Ten! Ten! Ten!” thing that Dillinger does.

Dillinger has finally taken to social media to respond to Orton’s actions…and the response isn’t exactly PG. Dillinger tagged Orton in the post and threw up the middle finger emoji. Check out the tweet below:

It is likely Dillinger and Orton end up in a match, but we are unsure as to whether or not this will be an ongoing feud with Dillinger or if the Superstar is just being used to help Orton look more violent moving forward.

In this proverbial feud, who would you want to go over? Who do you think goes over? Let us know your thoughts, opinions, and reactions in those comments below.