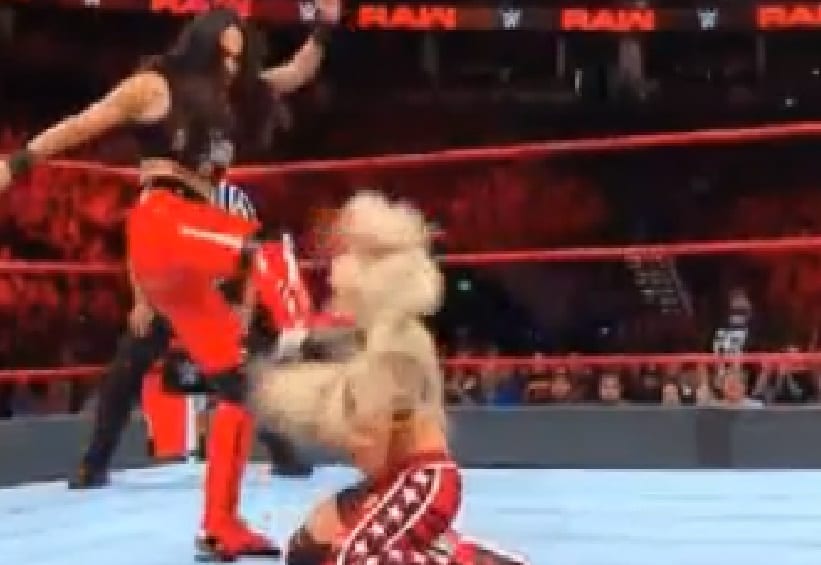 Liv Morgan was put out of action during Raw this week and while we don’t know how bad her injury is at this point, it’s not a good thing. It all happened after Brie Bella kicked her in the face twice during some Yes Kicks. To be honest, as Liv slumped over, the second kick to the face looked more like a knee.

It was noted on Wrestling Observer Radio how the first kick to the face seemed to knock Liv out and the second one was just icing on the cake. She was son a crumbling heap on the canvas and she is said to have memory loss.

As we wait to see if Morgan has a concussion, Brie Bella, a woman whose own husband knows a thing or 5 about concussions commented about the situation. After all, it was kind of her doing to a great extent because Yes Kicks aren’t supposed to land in the face.

Brie tweeted out saying: “Every match on Raw is an opportunity for us to entertain our fans. Out intentions as WWE Superstars is to win the match, never injure our opponents. Thinking about Liv Morgan tonight.”

Hopefully, Morgan will be okay, after all, she did get kicked in the face really hard. But we will keep you updated on her status as soon as we hear anything.

Every match on #Raw is an opportunity for us to entertain our fans. Our intentions as @WWE Superstars is to win the match, never injure our opponents. Thinking about @YaOnlyLivvOnce tonight. ❤️ -B