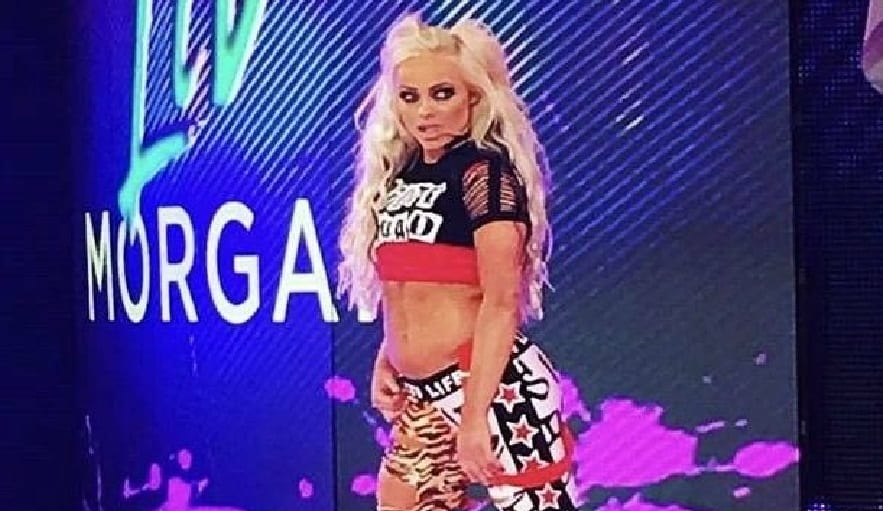 Liv Morgan suffered a rather scary injury last night during Raw where she just appeared to crumble after some Yes Kicks. This was not the kind of thing she wanted to happen in Denver at all and we’re including a clip of the incident below so you can see what we’re talking about.

Apparently, Brie Bella’s kick was off the mark and that is very dangerous. Fans are not happy to say the least, especially if they’re the kind that really loves painting their tongue blue with Jolly Ranchers.

Also, even though Michael Cole said the trainers took Morgan backstage, she was actually at ringside being tended to there during the match.

Dave Meltzer commented on Morgan’s status during Wrestling Observer Radio where he said that while the actual diagnosis is still to come, it appears that Bella’s kicks caused a concussion for Morgan.

“I would think from watching that she has a concussion but it’s not going to be determined until she gets checked out more and as far as that goes it’s you know, until that happens you don’t know how long she’s going to be out of action or the seriousness of it. But she was okay. I think she kind of had some memory loss maybe, but she was okay… but it was… she got kicked in the head twice.”

Hopefully, Liv Morgan will be okay and not need any time away from WWE. Then again, everyone can use a weekend off every now and then. But Brie Bella seriously needs to start measuring her kicks a little bit better from now on because this could have been way worse.