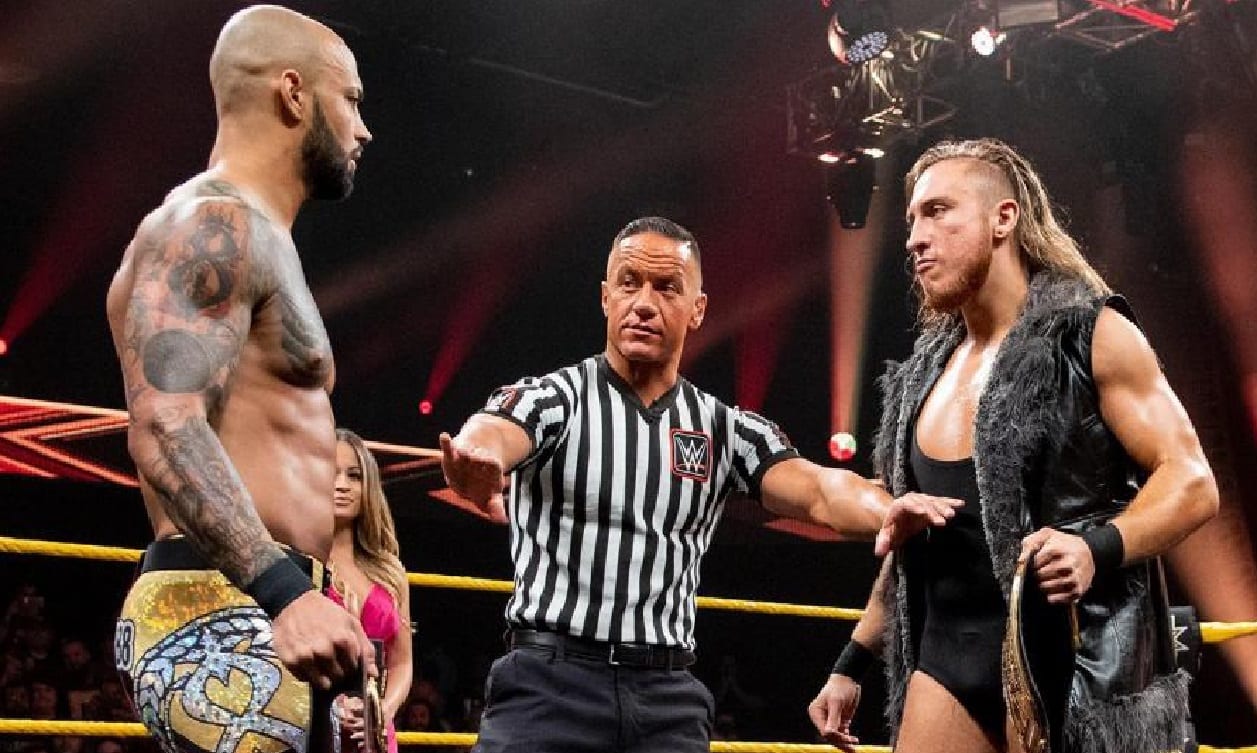 Ricochet and Pete Dunne had sort of a dream match this week on NXT. If you haven’t seen it yet, we do suggest it because it’s really good. But the end came when Adam Cole, Kyle O’Reilly, and Roderick Strong invaded the ring to break up the match.

Dave Meltzer discussed this encounter during Wrestling Observer Radio where he talked about the one reason for this match in the first place and that was to make sure people booed the Undisputed Era.

“It could have been an awesome 25-minute match and it’s still a great match but it was lacking the most important thing in the match which is the finish, it lacked it. It’s the one negative thing and it’s not their fault. It’s how it was booked.”

“They had to take one for the team in a lot of ways because the whole idea was to put heat on the Undisputed Era for breaking up this big match that was the whole story — that was the reason for the match being so great for it to be broken up, not for people the next day to go, ‘oh this was an awesome match.'”

Regardless of how the match finished, it still left a lot on the table between Pete Dunne and Ricochet. The 2 young champions will likely get another chance to wrestle in a WWE ring, or let’s hope so. But it looks like their first one-on-one encounter was just set up so the Undisputed Era could get over like mega-heels when they broke up the match.