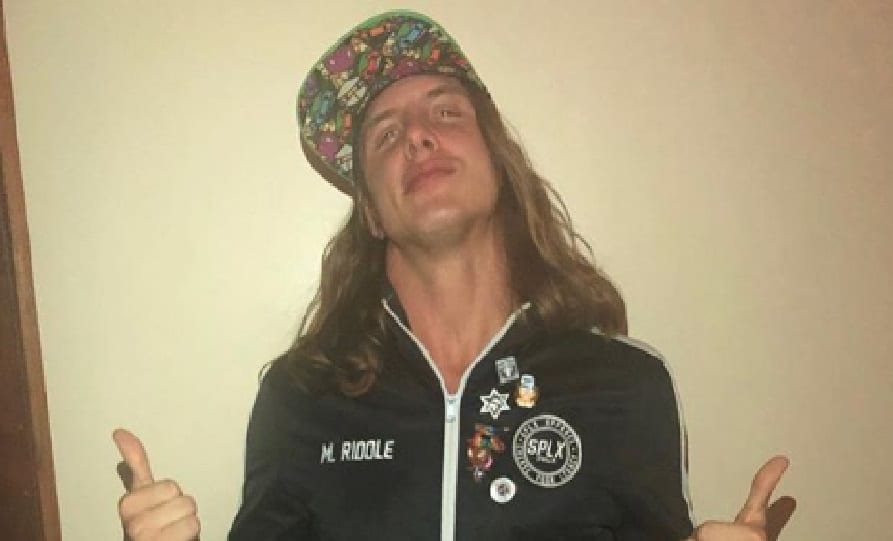 Matt Riddle recently made his debut at an NXT live event in Sanford Florida and he won the match in his usual way using an innovative move. He was incredibly over before he stepped through the curtain and chants of “bro” were loud when his music hit, but could that work against him?

Dave Meltzer briefly discussed the idea of Matt Riddle getting heat on him in NXT due to his massive popularity before even debuting on NXT television during Wrestling Observer Radio.

“Not in NXT because he’s going to be over in NXT so they’ll overlook it. On the main roster, it’s a landmine, you never know.”

“He’s going to have a good run in NXT, he’s going to get over though but as far as what happens on the main… I mean he’s so talented. I mean that’s the thing. He could be ‘the guy’ that’s how good he is. Especially with about 2 more years of experience. He really could go on the main roster and be — because I think he has more charisma than Roman Reigns or Seth Rollins.”

Only time will tell what happen in Matt Riddle’s journey through NXT, but at this time his wild popularity isn’t going to damage his reputation backstage. However, you never know what could happen on the main roster because there are way more sharks in the water.