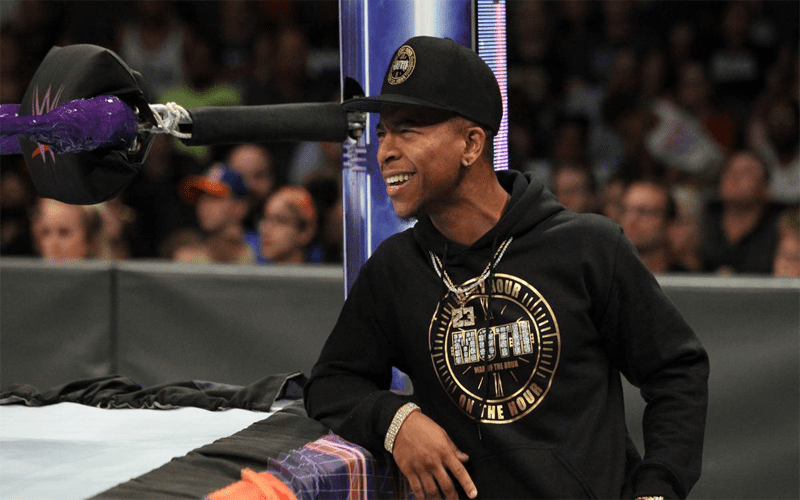 205 Live Superstar Lio Rush is embroiled in a feud with the “Scottish Supernova” Noam Dar. The two cruiserweights are set to collide this week after heavy banter between the two on WWE TV and on social media.

In the latest post by Rush, the 23-year-old competitor claims he will save those who are fans of Noam Dar, because ‘Lio saves lives.’ The new manager for RAW’s Bobby Lashley had the following to say in his promo to Twitter:

“This is a message to all of the fans of Noam Dar. Are you listening? Are you listening, fans of Noam Dar? I know you guys are a little disappointed that ‘The Man of the Hour’ is not your friend; your buddy; your pal; your mate. But no worries- I will be your idol. That one person that you can all look up to, because you know what? You guys need it! You really do! You need it! Because you guys are going down a wrong path. You’re going down a place of no return. A place where ‘The Man of the Hour’ will never go. You guys almost remind me of Noam Dar. Like Mr. Galaxy boy. Like Mr. Ham Sandwhich. Sad and confused. Just- you need help overall. So allow ‘The Man of the Hour’ to be your savior. Because Lio… Lio saves lives.”

If you’d rather watch the promo, you can view it from the tweet below:

In addition to Rush vs. Dar, Mustafa Ali will be returning to the ring to take on Hideo Itami on 205 Live- which will air prior to NXT on Wednesday.

Do you think Rush is a future Cruiserweight Champion? Are you a fan of the “23-year-old piece of Gold?” Let us know in those comments down below.

(If any quotes above are used, please credit Ringside News for the transcription.)