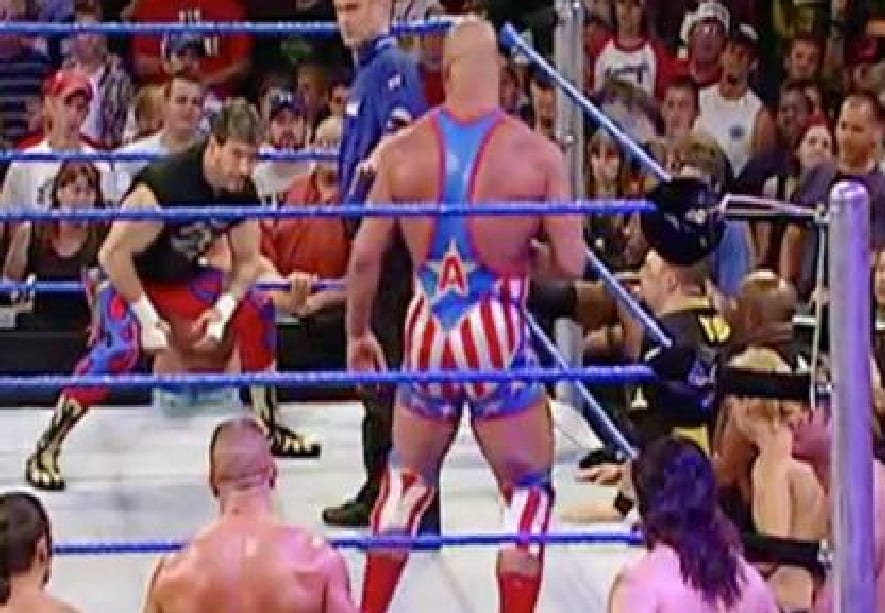 Kurt Angle and Eddie Guerrero are both WWE Hall Of Famers for a reason because of how much they influenced the pro wrestling business in their careers. It was seldom when either of them would have a bad match. But it seems that Angle recently came clean about a really bad match he had with the late pro wrestling legend.

The former Raw GM recently took part in a Facebook Q&A where he was asked if he had ever had a bad match. He had a very interesting reply.

“I never had a bad match…LOL. The one that I remember was the lumberjack match with Eddie Guerrero. Eddie wasn’t feeling well that night. The match dragged on and on. Eddie kept telling me something was wrong. He kept telling me to put him in a hold so he could get his mind and body straight. It was not the Eddie that we all knew, ‘the greatest of all time.'”

“He was physically and emotionally exhausted that night. It was a failure on my part because I kept pushing him to go harder, I should have listened to him. Eddie was more to me than a fellow wrestler, he was my brother. It was a bad night for him. And a bad night for me.”

We’ve done some digging and we think we might have found the match Angle was talking about which you can see below from September 9th, 2004.