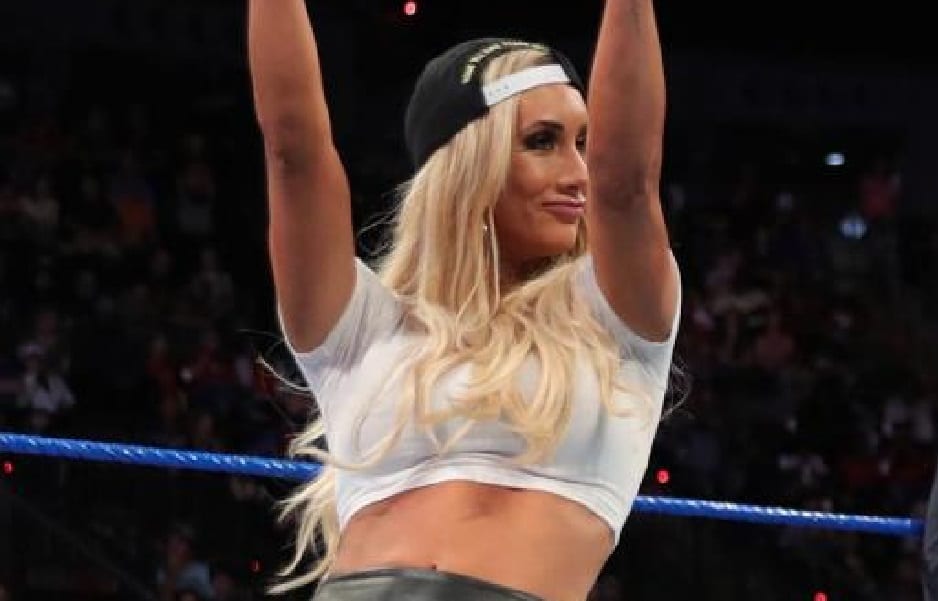 Carmella loved nothing more than drawing heat where ever she went. No matter how loudly crowds booed her, she was always there to display her usual charisma and when she was champion, she held up her title in mocking fashion to enrage fans even more. But all of that has apparently changed for her at this stage in her career.

Not Sam Wrestling recently sat down with Carmella where she discussed her career up to that point and how wild of a ride is has been for the former SmackDown Women’s Champion.

“It was so cool. I mean I’ve been saying I feel very fortunate to have the career path that I have. I started out as a manager for Enzo and Cass and then drafted to SmackDown and did my own thing for a bit and then I had James [Ellsworth]. Then I was on my own as the champ and now I get to be with R-Truth. I feel like I’ve had this journey where I get to show all different sides of Carmella.”

Roberts brought up the fact that all Carmella needed to do was show up with R-Truth and suddenly she was getting cheered. The Princess Of Staten Island then discussed her babyface turn while saying she hasn’t changed much at all if anything she’s opening herself up to even more musical endeavors.

“It’s so weird and I’m not doing anything different. I’m still Carmella. But it’s like — I’ll take it and I get to rap now. I’m a rapper by trade. Well now we’re going to drop an album it’s going to be really dope. Elias has nothing on me.”

Then Carmella threw in a little freestyle for Sam Roberts where she accidentally used her real name instead of her WWE name.

Carmella said the fans love to hate her so it is what it is. Her character hasn’t changed, it’s just about the situations she’s in. After all, she was a babyface alongside Big Cass and Enzo in NXT.

iF you use our quotes credit Ringside News