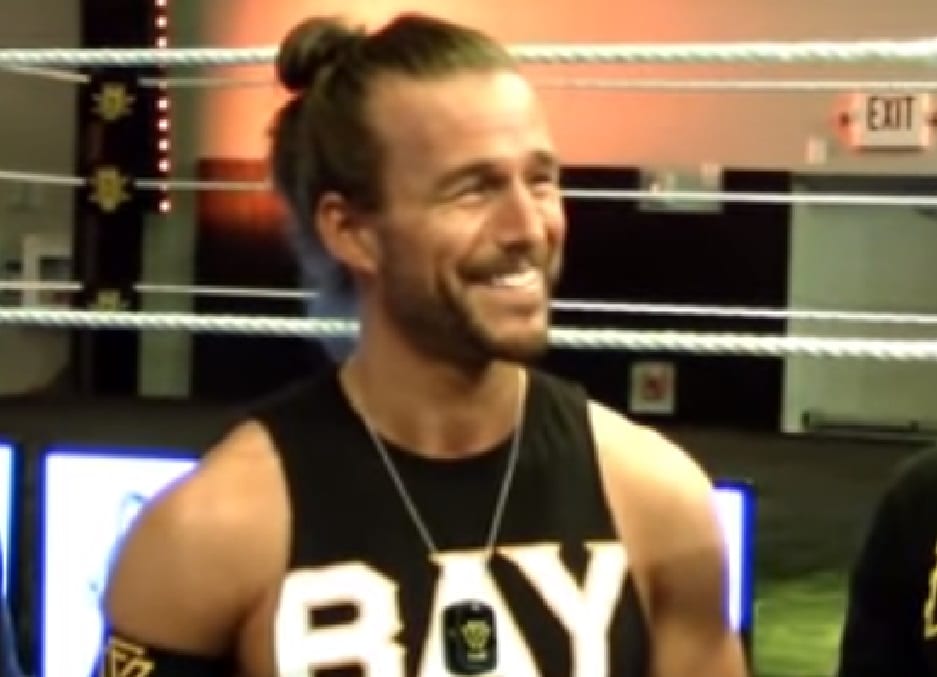 Steve and Larson recently took a chance to hang out at the WWE Performance Center during the WWE 2K19 launch media event. He spoke to Undisputed Era about a couple subjects including why the UE’s air guitars aren’t part of their entrance in the game.

Then Steve pulled attention to the fact that 2 out of 3 members of the Undisputed Era were holding titles, but Adam Cole didn’t have his title anymore since his match against Ricochet at NXT TakeOver: Brooklyn IV.

“You’re gonna be laughing at yourself when I’m NXT Champion in 1,2,3 months,” Adam Cole said to Steve during the interview. It seems like he’s headed straight for Tommaso Ciampa’s gold since losing the NXT North American Title to Ricochet.

Only time will tell how WWE books things after all a Superstar doesn’t have to win a top title in NXT before moving on to the main roster, just look at Alexa Bliss as an example of that. But it seems like Adam Cole is gunning for the top of the food chain very soon.