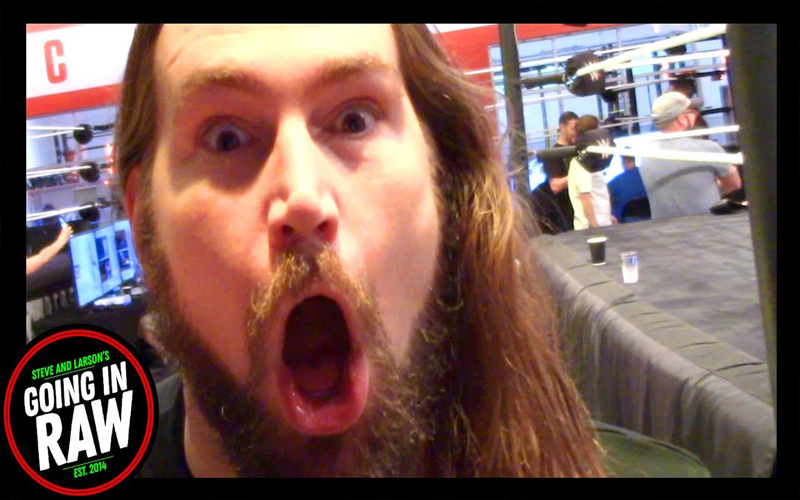 NXT Superstar Kassius Ohno was recently interviewed by Steve of Steve & Larson’s Going In Raw, where the Superstar revealed how he broke into the professional wrestling business, explained the differences between his two stints in NXT and gave an insight into how the various Superstars and employees at the WWE Performance Center help one another.

To start the interview off, Ohno described what the big differences are in his current run with NXT in comparison to the previous run he had back in 2012-2013.

“Yeah, it is the atmosphere. The energy; the talent. I was here for two years, from 2012 to 2013. I got let go. I spent three years traveling around, doing any show I could find and wrestled some awesome people. Yeah, some of the best work of my career. It was just the right time to come back- and it’s just the environment here. It is competitive, but at the same time, there is a certain camaraderie where we all push each other. A lot of us have known each other throughout our careers, so it is really cool seeing people here that you’ve known for ten years elsewhere. You met this kid in Paduka, Kentucky (Ricochet) and he is here. You saw him setting up chairs at the ECW arena and now he is here. It’s really cool, a good environment. It keeps me on my toes. Yesterday was the twentieth anniversary of my first pro wrestling match. Twenty years, yeah. It’s so cool to still be so invigorated and so passionate, and this place pushes me, man. I got here today at about 8:15, which is a huge feat for me. I hate being up in the single digits. But when you walk in here, it is just- it is awesome. I’m so proud of everybody here.”

On the same note he mentions above, Ohno talks in detail about how the people at the Performance Center are so supportive of one another.

“It is, it is. I mean, we have days that are tough, and weeks that are tough. You know, some of these four-town loops get grueling, but everybody sticks together. Everybody works hard. There is a lot of good communication. Communication is so important. You take people under your wing; you get people here that have never seen pro wrestling before and don’t have the same level of love that we have for it…yet. Yet is the key word, because they haven’t been exposed to it. So, that is how you endear yourselves to people and you just show them all the things that can be possible. So Stacy in the match today- I would say 95% of that stuff was the first time he’s ever done it. You know? Because when you get here, you start out. You learn basics, you learn headlocks and hammerlocks and you know, shoulder tackles and hip tosses. He has a certain skill set, so we are able to so we are able to go ‘hey man, maybe try this, maybe try that.’ He was an exceptional fit. Maybe there could be some resentment, like ‘Oh this guy, why is he so good. Let’s make it harder for him,’ but we all band together. We’ve got people from all over the world. I don’t know how many countries are represented. I believe it is over 15, but it is just such good camaraderie here at the PC.”

Finally, Ohno goes into detail about the biggest differences in wrestling when he broke into the business twenty years ago in relation to the wrestling industry today. He also reveals how he got his foot in the door when trying to start his career.

“So, when I started, WCW existed. ECW existed. I was trying out for ECW. You know? I met Bill Alfanzo through Dory Funk Jr. and was backstage at some shows trying to get my foot in the door. So we had those alternatives to WWE. Obviously, that is a huge difference. The middle class of professional wrestling fans- and I don’t mean that in a class way, I mean in the size of the shows, the attendance, the varied rosters and the resumes that they bring to the table has increased dramatically. There are so many thousand-seat shows now. You have so many 500-seat shows that are completely packed and people just want more and more and more. Whereas back then, you’d bring in an ex-legend and have them main event against your local guy and you’d draw in casual fans, but the passion was not the same. People are excited- ‘Oh, sweet! Jake ‘The Snake’ throws a snake on the guy! That’s cool! That’s awesome!’ But the passion now is incredible. The internet has brought everyone together, literally. Figuratively and literally. It’s just that people who love something are now able to seek it out and just have it at their fingertips if they want. They can overdose on it if they want. I’d say that’s the main difference.”

Which feuds are you looking forward to Ohno being part of when he makes it to the main roster? What are your fondest wrestling memories? Let us know in those comments below.