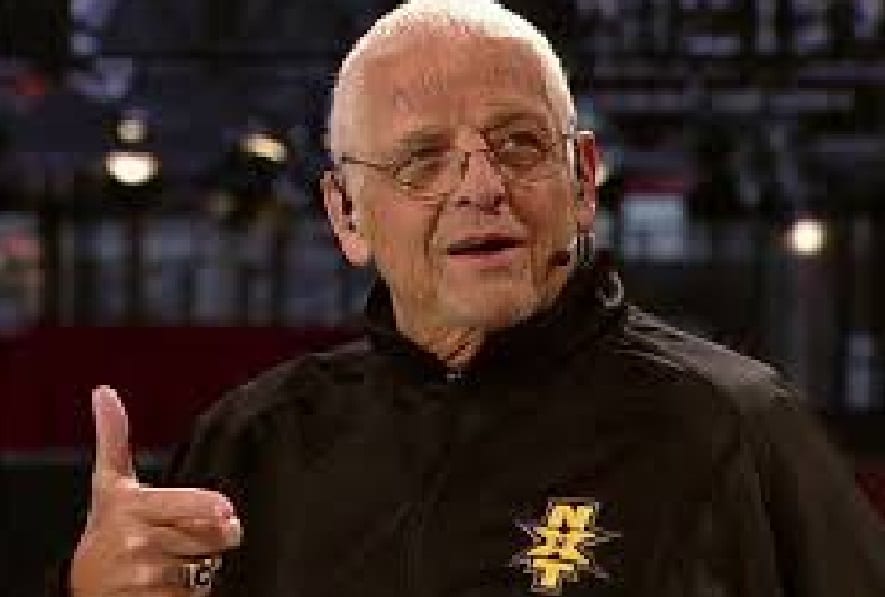 Dusty Rhodes passed away on June 11, 2015 but he was able to create an amazing environment in the WWE Performance Center in the process. Superstars who grew under his training speak highly of The Dream and will never forget what he was able to teach them.

During the recent WWE 2K19 event at the WWE PC, Adam Pacitti noticed something pretty amazing hovering above everyone… The American Dream represented in puppet form.

We’re not 100% where this puppet was used but it could have been for any number of projects. Has WWE Network done a pilot called “Puppet Time?” If they haven’t then it certainly sounds like a good idea because they already have a Dusty Rhodes puppet.

This kind of little thing at the WWE Performance Center is something that people who work there probably get to see every day, but this is new to us. Also, it’s always great to see how people who loved Dusty Rhodes are remembering his influence as future generations pass through the WWE PC who never had a chance to sit through his Wednesday morning promo class.

I'm just reviewing our WWE Performance Centre footage and saw something I hadn't noticed earlier. In the studio where wrestlers rehearse their promos sits this Dusty Rhodes puppet, as if he was still watching over things. Really touching. pic.twitter.com/1a4VA6M3H8