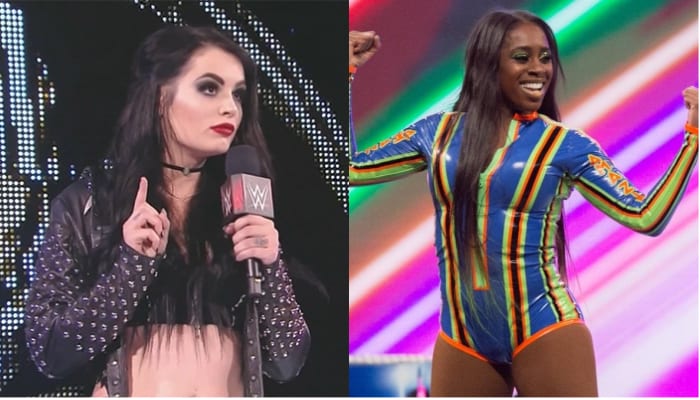 When WWE Superstars are on the road, they have a lot of fun. It’s really easy to get to know your co-workers and someone like Paige is always up for some fun.

During WrestleMania week in New Orleans, Paige took the chance to get her Tarot Cards read by a street psychic.  After being told how valuable she is to the earth and how powerful of a woman she is, Paige propositioned the psychic for some more fun.

Naomi doesn’t believe in psychics and her religion doesn’t agree with the practice. So Paige paid the psychic $50 to tell Naomi that she can’t read her palm or Tarot Cards because she’s not ready. Paige said it would “freak her out.”

In reality, Naomi was happy that the psychic wouldn’t have anything to do with her. She seemed to take some pride in it at the time, we just have to wonder if her memory of the events will be different once she watches the episode and realizes it was all a joke from the SmackDown GM.