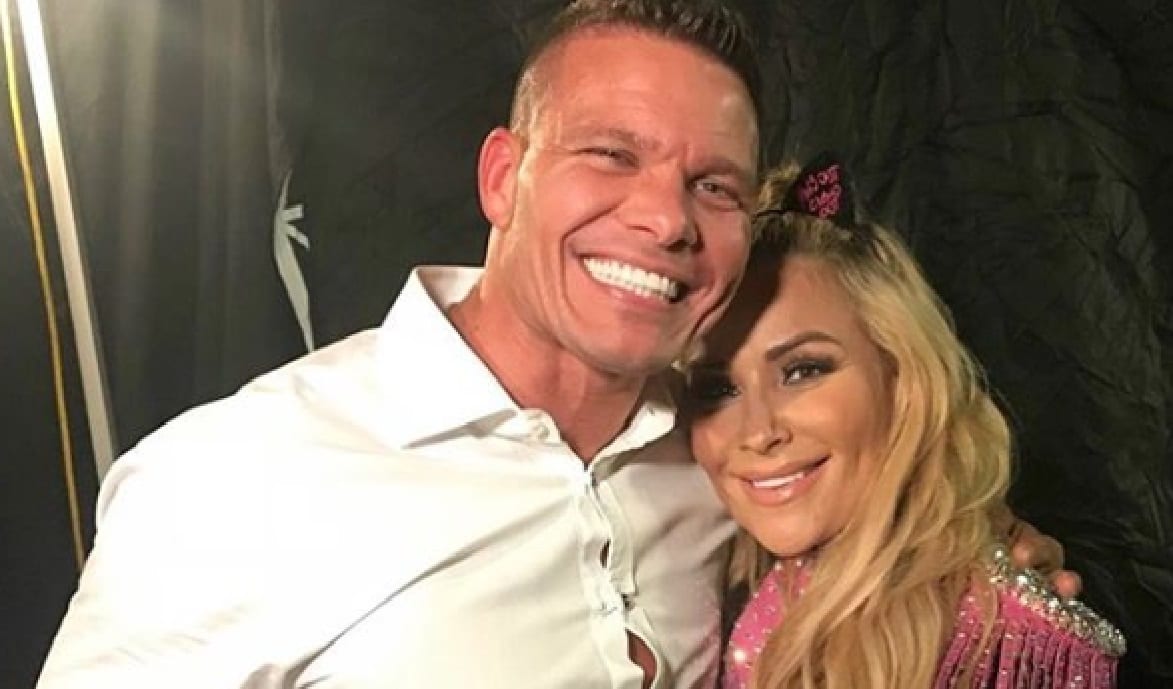 When you’re married to someone you work with, sometimes it works out just fine, but other times it’s a terrible idea. Although TJ and Natalya have a great time with their cats at home and share a ton in common when it comes to their love of pro wrestling, it seems there might be an issue when it comes to being supportive.

On the season 8 premiere of Total Divas, Tyson Kidd and Natalya are at an autograph signing during WrestleMania Axxess, a few fans asked him questions like “who do you think will win the WrestleMania Women’s Battle Royal?” Kidd said Natalya has a chance but there are other people in the match too. This seemed to irk Nattie.

He also said he’s not a cheerleader and will leave that kind of thing to Rusev as he chants “Lana is the best, Lana #1.”

Nattie knew he was joking (or at least assumed) but she still didn’t get a chance to speak to him about it.