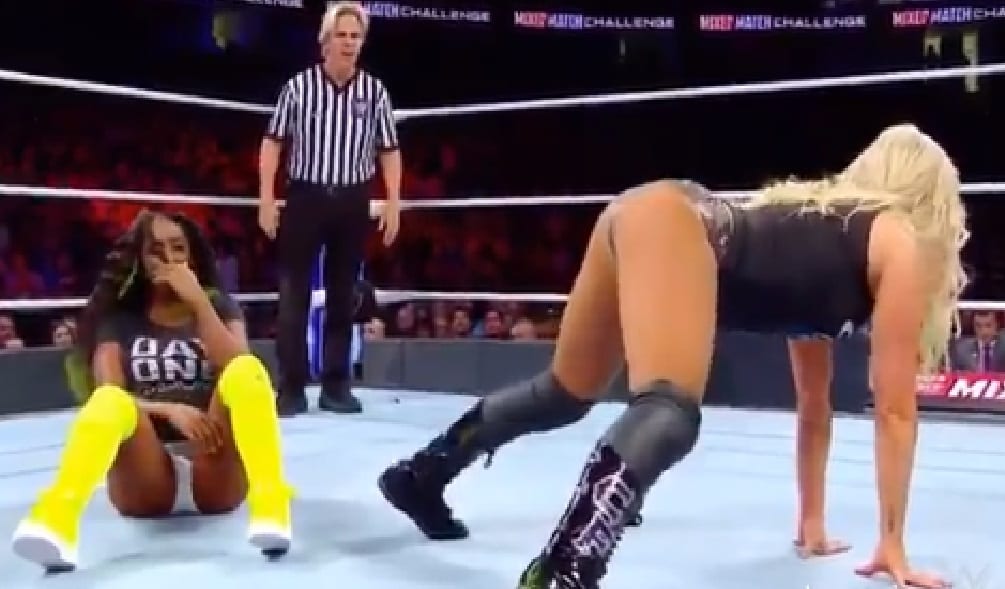 The WWE Mixed Match Challenge is back once again and mixed tag matches will become a staple of Tuesday nights at least until the round robin tournament is completed. AJ Style and Charlotte Flair faced off against Jimmy Uso and Naomi in the opening round, and their match included a rather interesting spot where Flair tried to pull off a dance move like The Glow.

Charlotte Flair commented to a little video of her throwing in some twerking action into her Mixed Match Challenge match saying that they have all the moved, but on the down-low, she would use some assistance on her twerk game.

Naomi replied to Flair saying: “No need you got a Phenomenal twerk queen lol.” Obviously, this was a dig at Charlotte’s tag team partner AJ Styles.

Naomi ended up tapping out to the Figure 8 from Charlotte at the end of their match, so although her twerking might need some work, apparently her wrestling is still on point.

No need you got a #Phenomenal twerk queen lol 😌 https://t.co/LiPVSDaiSY