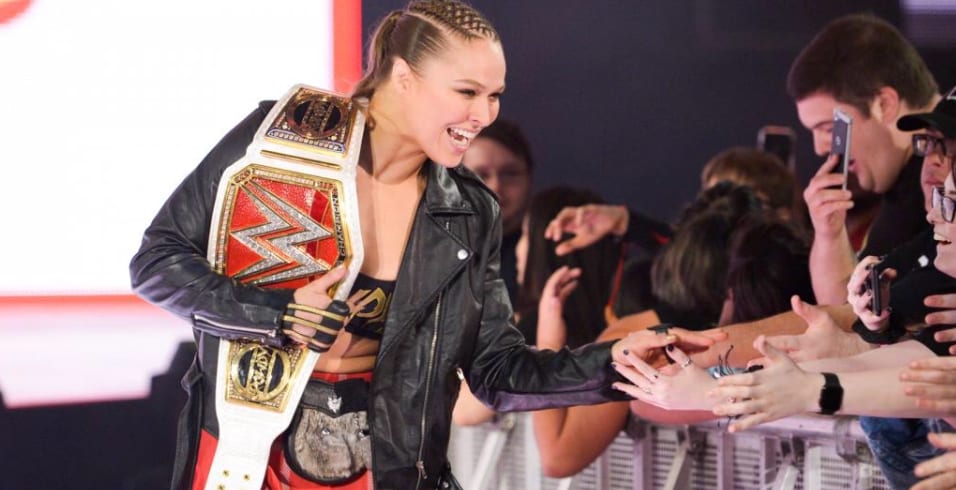 Her first attempt on Raw this week for the segment didn’t turn out as planned as the Riott Squad beat down Natalya and then turned the situation into a brawl. But another Superstar is certainly interested in Rousey’s challenge.

James Ellsworth is a former WWE Superstar but he’s obviously game to come back. He remarked about Rousey’s open challenge and all he needed to do was say “hmmm,” because duh, he’d be a great special guest or even a program for Ronda. Let’s try to keep an open mind about this because Rousey will be around for the long-haul.

Ellsworth a great heel like Andy Kaufman with his intergender championship and has been known to wrestle women and take a few beatings in the process. Let’s just hope WWE is at least keeping this one as an option.

So I herd @RondaRousey has made an open challenge on #RAW huh… 🤔 Hmmm..