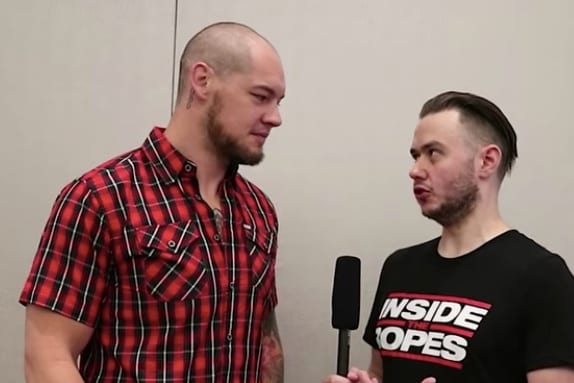 During a recent interview with Inside The Ropes, Constable Baron Corbin gave his thoughts on a potential match against Kurt Angle.

Corbin, who unsuccessfully challenged Roman Reigns for the Universal Championship last night, is currently serving as the Acting General Manager of Monday Night Raw in the absence of Angle.

While there’s no timetable for his return, it does seem like a showdown between Kurt and Corbin could be a strong possibility.

I mean I’m sure he’s gonna get sick of me, and eventually, maybe some day it will come to blows. If I was him I would get tired of a guy breathing down my neck all the time. That would be awesome, I would love to climb in the ring with one of the greatest ever.

Not everyone has been a huge fan of Baron’s work since he took up more of an authority role, but it certainly seems to have provided him with some room to grow as a character. For the longest time he was viewed as someone who had an intimidating physical presence in the ring, but was never able to translate that into a strong persona.

Now, though, he seems to be able to mesh the two together pretty well, and it’s just a case of seeing how his current storyline develops.

If Corbin and Angle do end up squaring off against one another, then it would serve as Kurt Angle’s first singles match since returning to WWE – which would likely garner something of a mixed reaction from the WWE Universe.