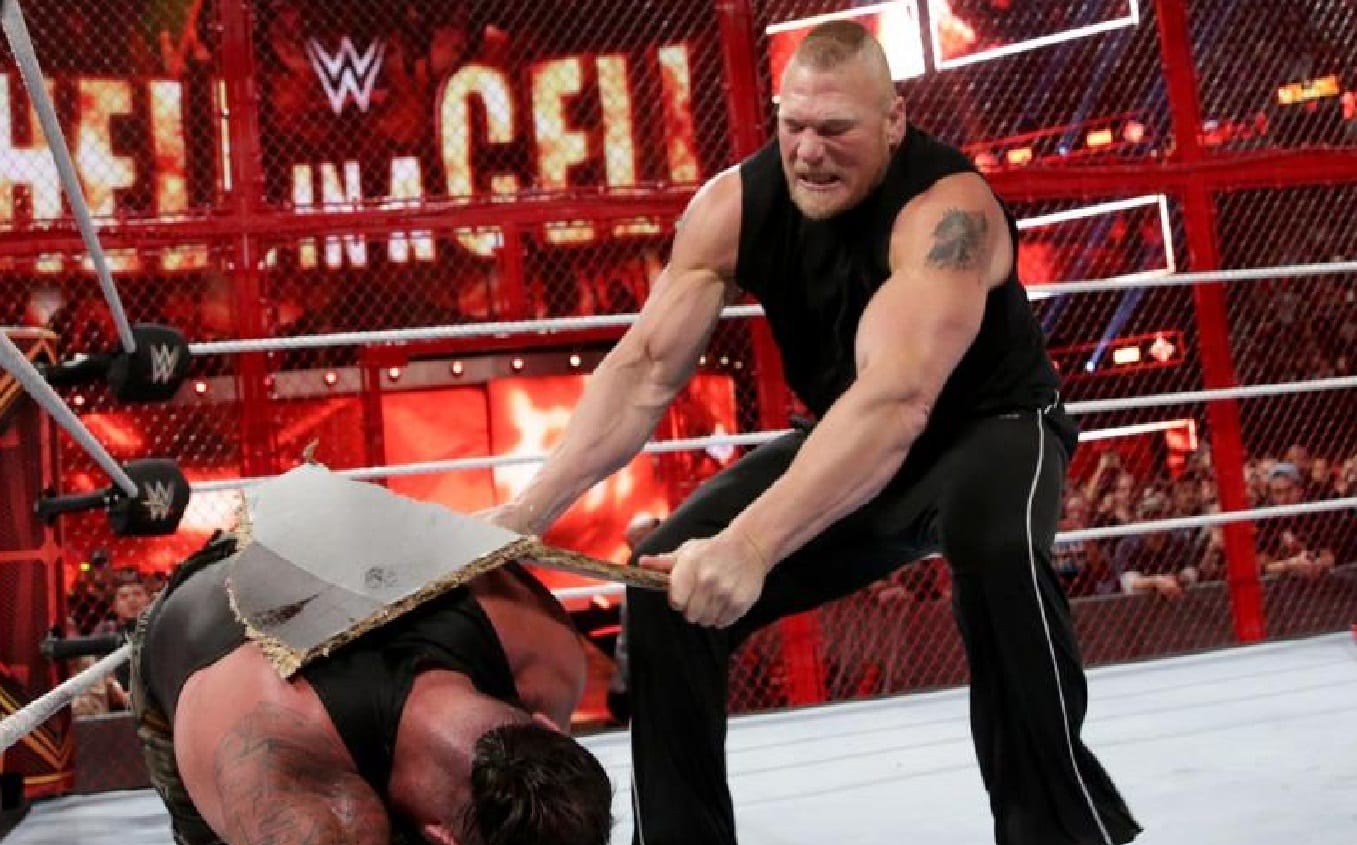 Brock Lesnar invaded the ending of Hell In A Cell and left both Braun Strowman and Roman Reigns laid out causing a referee to run down and declare the match a no-contest even though they had never needed to do that in a HIAC match before no matter how brutal they got.

We previously reported via Barnburner’s Fired Up podcast that WWE is planning to have Brock Lesnar wrestle at the Saudi Arabia show. Dave Meltzer confirmed this report during Wrestling Observer Radio where he also discussed just how long WWE has had it in the plans to make a match for Lesnar in Saudi Arabia happen this time around.

“This is not a last-minute deal. It’s something that they had set up at some point this was not just thrown together at the end.  So they were always going to do this no-contest on this show.”

Although Lesnar might not be likely to have much more to do with WWE after the Saudi Arabia show while he continues to prepare for a UFC fight, you really never know what can happen in WWE.