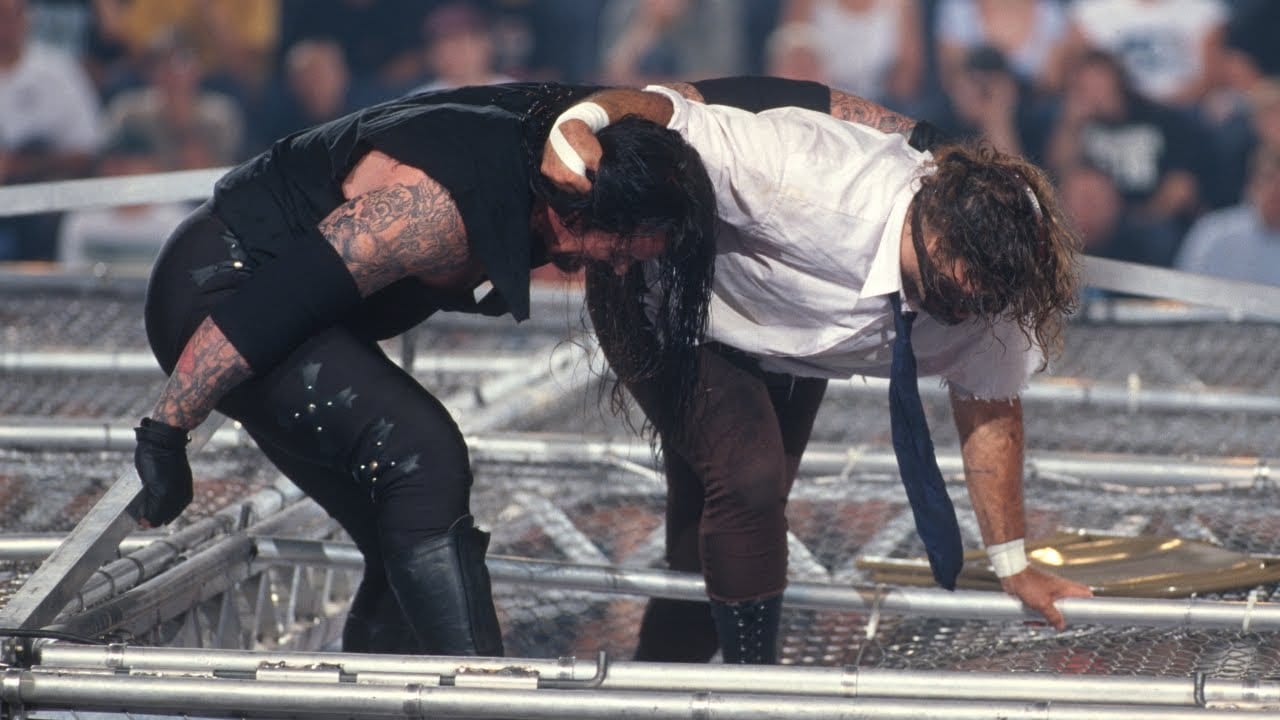 It was at the Civic Center in Pittsburgh, Pennsylvania where The Undertaker and Mankind (Mick Foley) had their iconic Hell in a Cell match-up. On the year of the twentieth anniversary, Foley returns to the structure to officiate the Roman Reigns vs. Braun Strowman Universal Championship match in the structure.

WWE uploaded a new video to their YouTube video that highlights that iconic match. The video features The Undertaker and Foley reflecting on the match. Undertaker would reveal he actually had a fractured ankle going into the match but wanted to go through with the match for the fans.

“Yeah, I did happen to have a fracture in my ankle. It was such an important time in the business, you knew you had to do it, so you just grit your teeth, go in there, and do what you do.”

As any fan should remember, The Undertaker threw Foley off the cell and chokeslammed him through the top of the structure down to the canvas below. The Undertaker actually worried if he would even be able to get up with his ankle.

Foley explained that the Chokeslam he took from Undertaker was different than usual, and for good reason. Usually, he would have gone higher up when taking the move but feared that if he did it in this instance he would have landed on his head and/or neck which could have been fatal. The Undertaker agreed.

“I totally agree with that. I mean, we’re talking a couple of inches with even the way he landed. That could have been catastrophic. I mean it really could have, but I stepped off the panel and onto the support bars. If I hadn’t of done that we would have both gone through that together. So if you can imagine, if I had stayed on that panel, my weight would have probably been on him too. Then what happens? It’s a scary thought.”

Despite all the injuries both men endured through and after that match, both are alive and in good health today. As previously mentioned, Foley will be featured tonight on Hell in a Cell while The Undertaker is set to face Triple H at the Super Show-Down show in Australia next month.

You can watch the entire video below:

What is your favorite Hell in a Cell match of all time? What is the most horrific memory for you of that match? Let us know in the comments below.