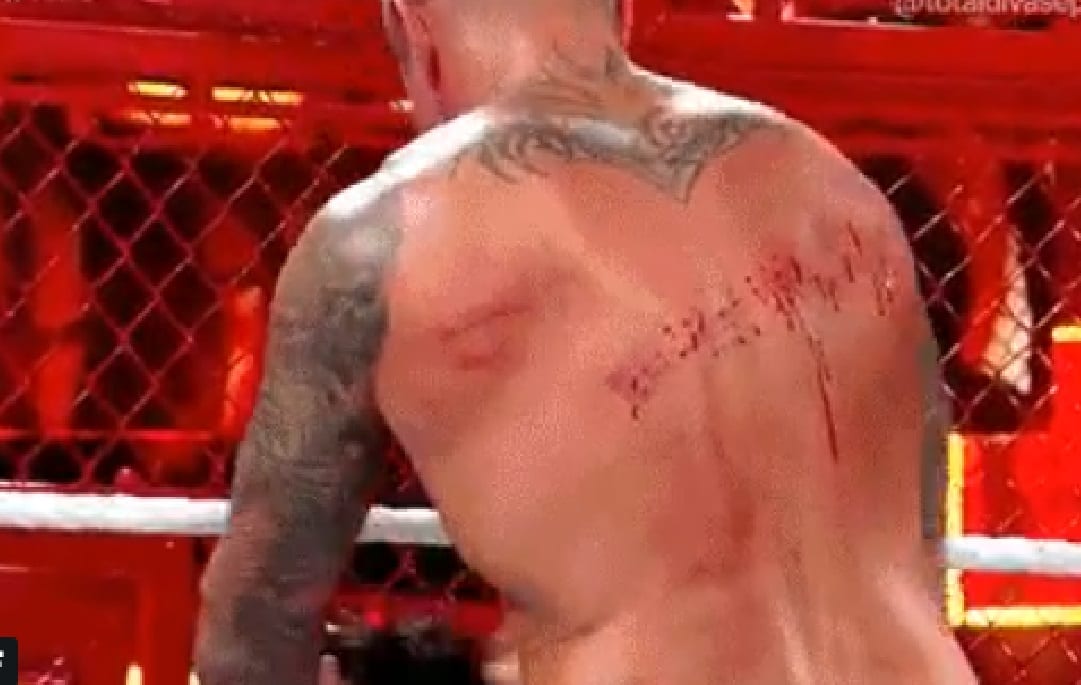 Randy Orton and Jeff Hardy put each other through hell during Hell In A Cell. There were several segments that were not only hard to watch, but it also did a huge number on the bodies of the Superstars involves.

Orton’s back took a bump that cut Orton open several times on his back causing him to bleed for a great deal throughout the match.

But the worse cut might have been to his leg. All of these spots were results of involving ladders to the mix in an already dangerous match.

You can check out some of the pictures below.

Orton’s back is for sure messed up but DID YOU SEE THE CHUNK OF FLESH HANGING FROM HIS LEG?!?!?! #HIAC

Does Randy Orton have skin dangling off his leg?
If so, Hardy should twist it with a screwdriver. #HIAC