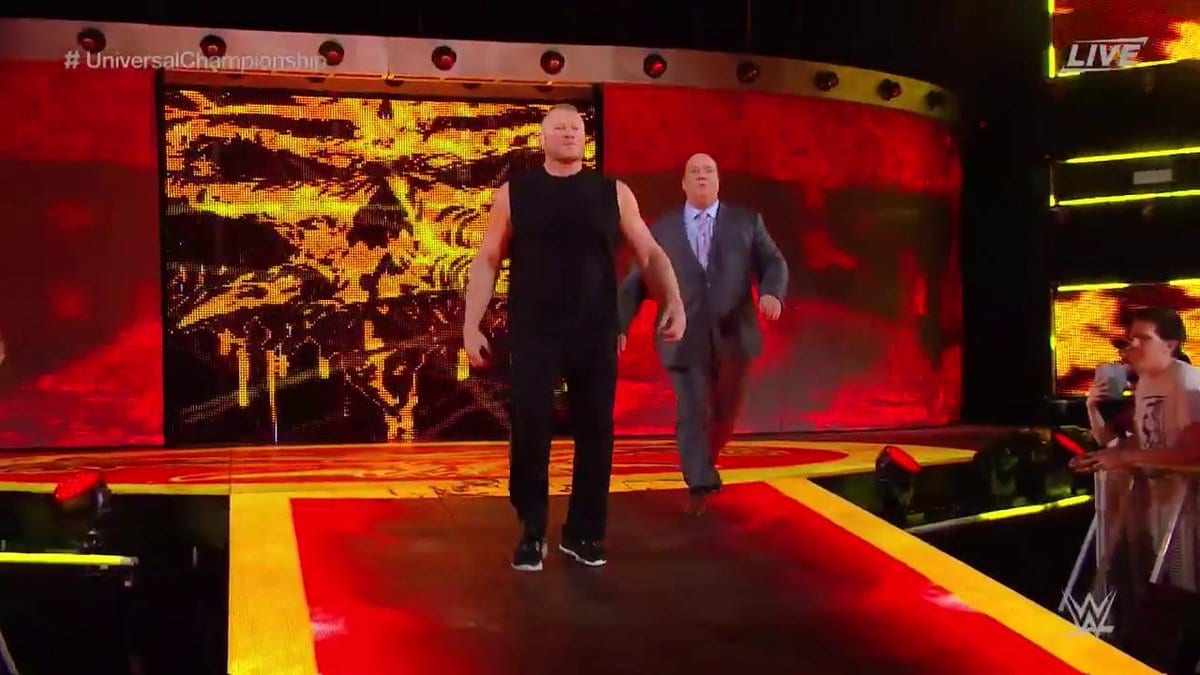 Braun Strowman cashed in his Money In The Bank briefcase, but set a match for Hell In A Cell to give Roman Reigns plenty of time to prepare to defend his title. The two met in the demonic structure with Mick Foley as the special guest referee.

A lot went down during this match including weapons and a broken table, but neither Braun or Roman would allow their opponent to pin them.

There was a pretty insane spot where both Dolph Ziggler and Seth Rollins took bumps through announce tables from the side of the cell and then Brock Lesnar’s music hit. The Beast Incarnate made his way to the ring and tore the door off the cell. Paul Heyman sprayed Foley in the face with some kind of pepper spray while Brock used the destroyed table in the ring as a weapon on both Braun and Roman.

Lesnar, who is now sporting a beard and looks noticeably smaller at this point, nailed F5S on both Braun and Roman. Then he left them laying on the mat before leaving. Then another referee called the match thanks to Brock Lesnar because neither man could continue.