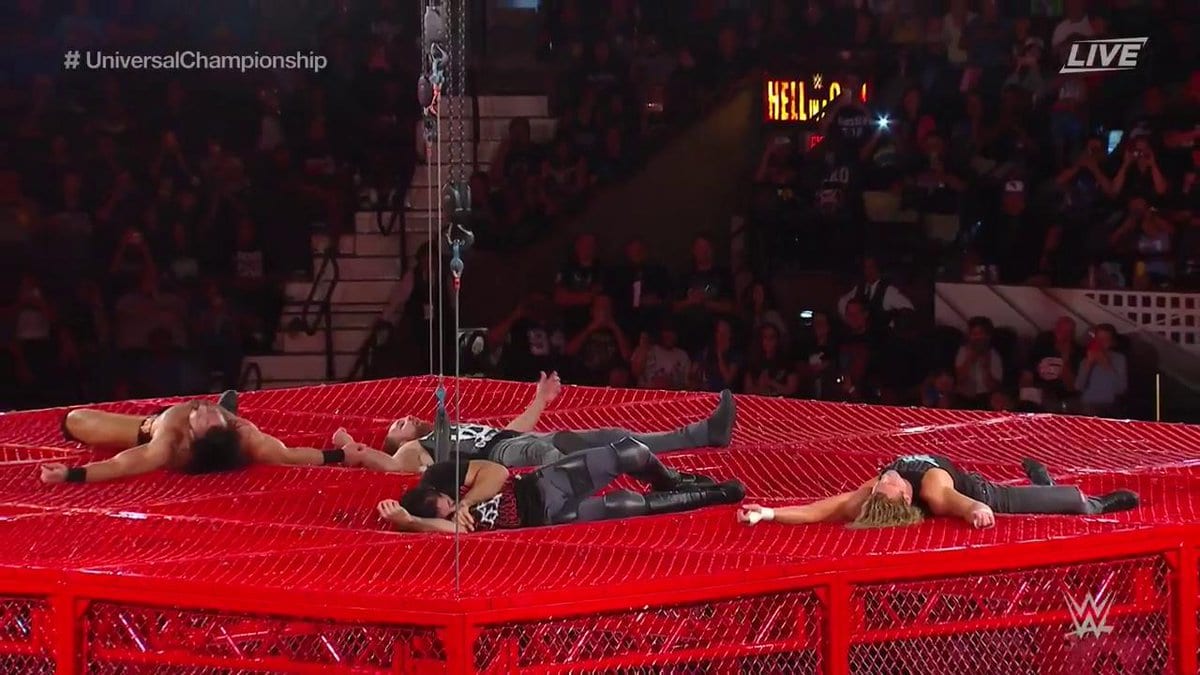 During the main event of Hell In A Cell, Braun Strowman and Roman Reigns were giving each other everything they could. Then Dolph Ziggler and Drew McIntyre came down to see if there is anything they could do to help. This was soon met with Seth Rollins and Dean Ambrose coming down to fight them off

The four men who had previously battled in the Raw Tag Team Championship match brawled around the ring and then eventually Seth and Dolph climbed the cell. Drew followed and they double-teamed Seth for a bit until Dean climbed up with a kendo stick in tow and then he laid everyone out.

Dolph tried to retreat but Seth followed him down and they fought on the side of the cell until both of them gave way and went crashing through two announce tables below. This was, of course right before Brock Lesnar came down to completely wreck the main event.

Only time will tell what happens, but it looks like the big bump in the main event was actually performed by two people who weren’t actually booked for the match. After all, Mick Foley only took a pepper spray to the face thanks to Paul Heyman.