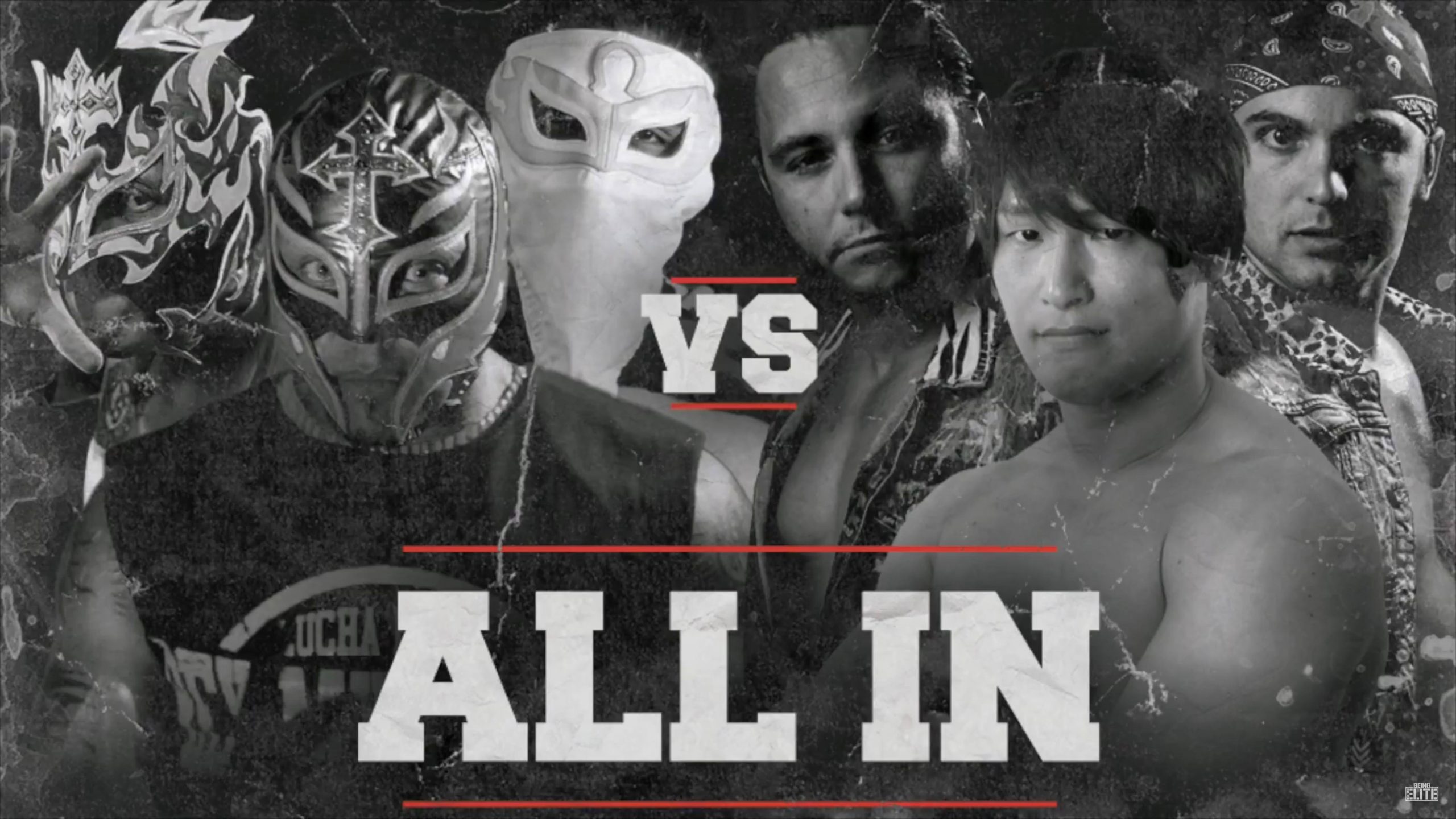 If you really enjoyed the All In event and can’t wait for another one, then you’re probably rooting for the matches to hit their allotted time on the next go around so the main event can go the full time as well. But The Young Bucks and Kota Ibusha vs Rey Mysterio, Fenix, and Bandido needed to be cut in a big way for the Chicago event.

As Rey Mysterio spoke to The Apter Chat, he expressed disappointment in the All In main event while calling it an “unfortunate situation.” But he remained a veteran and a professional as he didn’t point any fingers at Marty Scurll or Kazuchika Okada for going over so much in their match.

“They always say you got to live the moment and I believe we all live the moment. It was an unfortunate situation for all 6 of us you know that you got to picture this is the first event that they’ve done. and for a first big event there weren’t that many mistakes that happened throughout the night. This was one of them.”

“But overall, I think that the fact that we were able to put on a really good match within the time that we put in, you know I think it’s a blessing.”

“I’ll tell you this because obviously the word got around really quick right after the match and the fans still enjoyed the match very, very much. Just imagine if it would have gone full-time that we had planned out.”

Mysterio said we will never know if going their full planned out time would have made the match better or worse, but it was pretty hard to keep a lid on the fact that Scurll and Okada went so long after the main event had to close out at 12 minutes with seconds to spare on the pay-per-view feed.