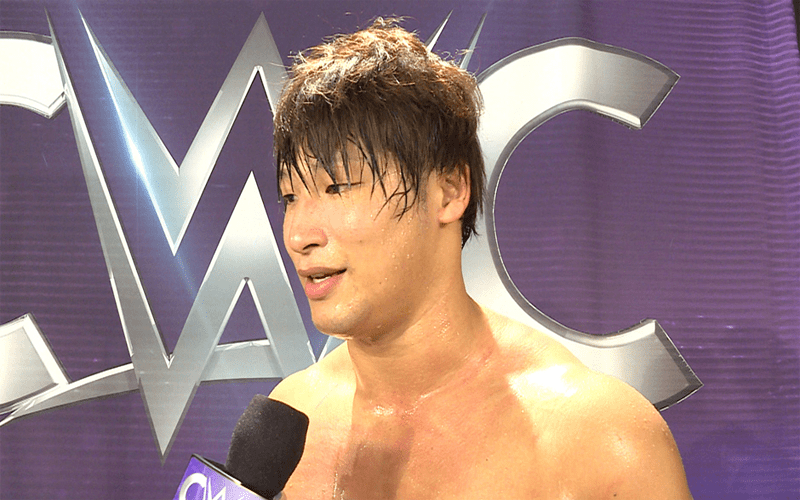 Kota Ibushi is one of the most well-known Superstars not to be signed by WWE. The wrestler most notably competes for New Japan Pro Wrestling and is aligned with IWGP Heavyweight Champion Kenny Omega and subsequently the rest of The Bullet Club.

Back in 2016, Ibushi competed in the Cruiserweight Classic and actually made it to the finale where he was defeated by TJ Perkins- who would later have his name shortened to TJ Perkins. Ibushi was the favorite to win the Championship and tournament, but as he never signed full-time with WWE the win was instead given to TJP.

As we previously reported, Ibushi is not under any form of contract right now and works solely as a freelancer in the independent wrestling scene. In an update to that story, Dave Meltzer has today confirmed on Twitter that Ibushi is actually open to working with WWE.

The kick here is that Meltzer claims Ibushi won’t sign a contract with Vince McMahon’s company. Rather, the New Japan icon would be open to working with the company on a date-by-date basis but would not be held down to restraints imposed on other competitors due to contracts.

Ibushi turned down the title. He said he would do dates there any time, but would not go full-time. https://t.co/YnKt8nWz5z

Given the entire WWE developmental process and their restrictions with talent, it is unlikely Ibushi would find himself back in WWE unless he and WWE came to some lucrative deal. It is worth noting that Superstars such as Mickie James have competed for WWE while not under contract, as have thousands of enhancement talent over the years. It is unknown if WWE would go the route Ibushi wants with his contract.

If any more news on a potential relationship between WWE and Ibushi is revealed, Ringside News will surely update you.

For now though, what are the odds in your opinion that Ibushi will return to WWE? Would you like him to return? Who would you ideally want to see him face? Let us know in the comments below.