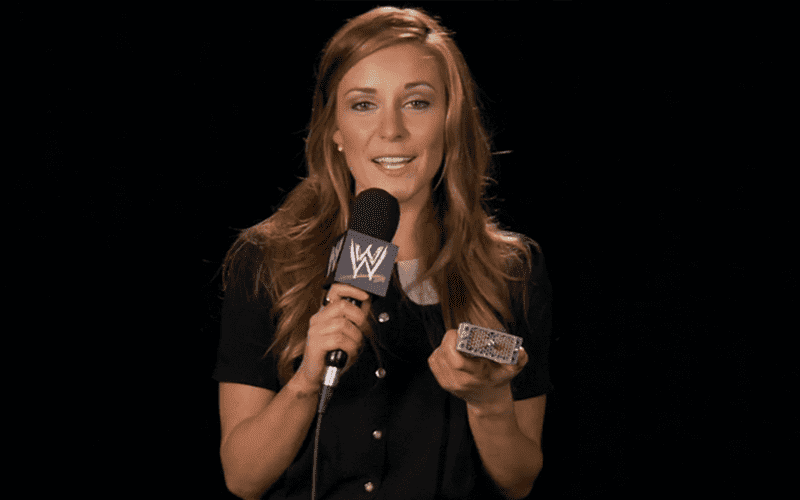 In the wake of her recent Monday Night Raw promotion, WWE has released the original audition tape of Renee Young from back in 2012.

Young, who is now a full time member of the commentary team on Monday nights, has a slightly different appearance in the video – which has been released on WWE’s Hidden Gems show on the WWE Network.

The simple fact that this has been released showcases just how much stock the company are putting into Renee as an on-air talent, as she continues to enjoy being one of the most noteworthy female talents that they’ve had in a number of years.

You. Guys. Look at brown haired me auditioning for @WWE in a Peter Pan collar jumper. (I used to be obsessed with that thing) 🙈 yikes https://t.co/x9awzlAYN8

While the jury is still out on whether or not Young will be a long term success on Monday Night Raw, the early signs are certainly promising. At the very least nobody can say she hasn’t deserved this kind of ‘push’ so to speak, after spending so long as both the host of the pre-show panels and being a backstage reporter.

The Hidden Gems show has gained a lot of praise since debuting, with a lot of fans enjoying seeing a blast from the past or two. It represents some of the more original content that WWE seems to be trying to produce, as they expand the horizons of the Network.

While it’s already been a success from a business point of view, they appear to be eager to really enhance the viewing experience for fans as we close in on its 5th anniversary of being in existence.