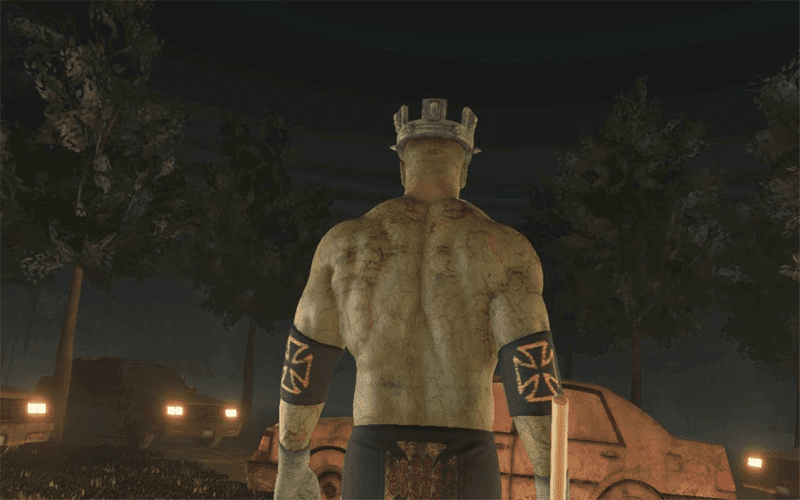 The launch date for WWE 2K19 is approaching, and it seems 2K Games have taken advantage of the opportunity to reveal yet another trailer for the video game.

The trailer, which we have provided below features a number of returning and new features and confirms a number of questions raised by the fans. You can take a look at the trailer to the tune of Natural by Imagine Dragons below.

While the trailer itself doesn’t seem to confirm any new Superstars, it does confirm that King Booker will be featured in this game. Some fans on social media were wondering if he’d appear solely as Booker T or under both personalities.

A big head mode is showcased, and it does seem that players will have the ability to battle both on and offline using the feature. The example shown features a match between Xavier Woods and Sheamus. It also appears the zombie feature showcased back during SmackDown vs. Raw 2009 is making a comeback, as Triple H appears as one in the beginning and end of the trailer.

Additionally, it now seems the Hardy Compound is available as a location in the game. While we cannot confirm any details at this time, the trailer seems to suggest both the zombie feature and the Ultimate Deletion match types will both be playable for users.

A large number of Superstar models were showcased. Some have completely new attire and models, though some Superstars seemingly have the same model as showcased in WWE 2K18. Such is seemingly the case with WWE Universal Champion Roman Reigns,

Finally, the Mae Young Classic arena was showcased for the first time. This confirms the inclusion of the event within the game in that capacity. It is unknown if users will be able to play the tournament or simply use the set design for the tournaments that already pre-exist within the 2K games.

What do you think about the latest trailer? Does this make you want to purchase the game? Let us know in the comments below.