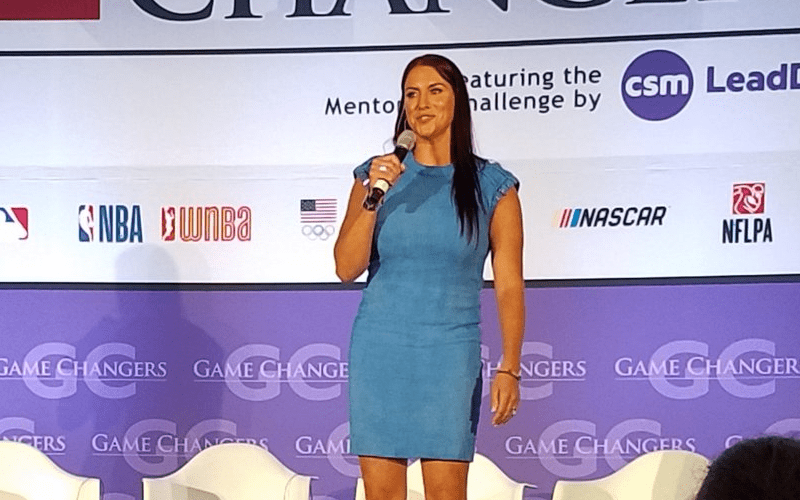 Marketing manager Katie Rosenberg actually responded to WWE fans earlier today, after she took notice of how many were left frustrated by a remark Stephanie McMahon made at a recent talk.

In a sign of the times, the WWE Universe took exception to a quote from Stephanie that suggested they listen to what the fans want. As most of us know that’s one of the primary complaints that a lot of people have these days, with some pointing towards the continued rise of Roman Reigns as a perfect example of that.

It now seems as if that’s leaking into other realms of the media, too, with Rosenberg pointing it out.

So apparently the WWE fans feel differently, as evidenced by the 70+ comments I woke up to this morning. https://t.co/GL7dJIlYat

Regardless of what many fans think and feel towards Stephanie it does seem as if she’s thinking about what’s best for the company, but as we’ve seen before, these kinds of criticisms have threatened to become pretty common.

From a business standpoint the WWE is in the best position it has been in for years, with their stock rising significantly following the announcement of their new TV deals. Still, that’s not something the hardcore fans care all too much about, as they’d rather see their favourites being pushed towards the top of the card.

This is an ongoing issue that likely won’t be resolved for quite some time, but at the moment, the most interesting thing that we can say about the whole ordeal is that WWE fans are having their voices heard – in one way or another – more so than they ever have in the past.