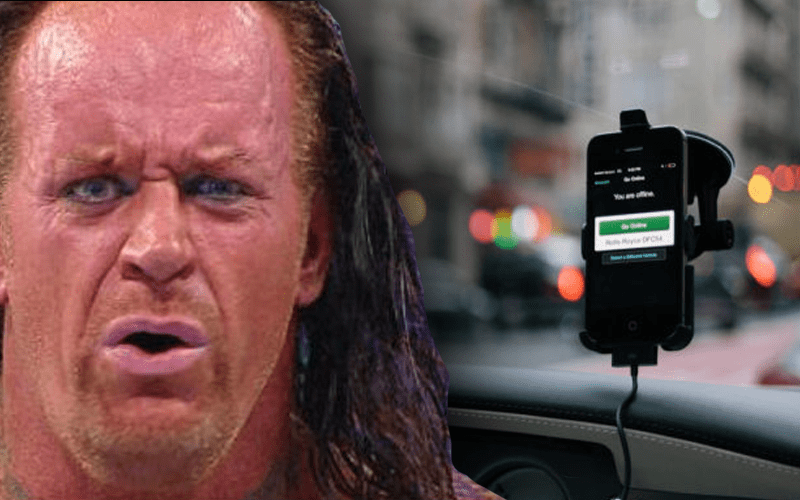 You never know what can happen in pro wrestling just like you can never really tell who your driver is going to be. You get their first name, and sometimes they have some comments you can browse if it’s an Uber or Lyft, but if Bruce Prichard would have looked his Uber Driver over recently, he might have discovered one comment saying: “Claimed to be The Undertaker’s son.”

But apparently, there was no such warning so Prichard got in a car while in NYC and discovered that his driver claimed to have his own personal connection to pro wrestling. He told this story on a recent episode of Something To Wrestle With about a very interesting conversation he had across town with a very friendly gentleman who might have been confused about who his father really is.

“He didn’t know who I was or what I did and I told him about my podcast and things and he said, ‘yeah I’m kind of connected to the wrestling business.’ I say, ‘really? How that?’ He says, ‘well… my real dad is The Undertaker.'”

“Then he goes on to tell me that the reason he knows this is true is because his dad, the guy who raised him as his dad is best friends with Undertaker’s brother Kane. And that Kane and Undertaker don’t really get along and they don’t speak — they haven’t for years and it goes back to early times and how when they were a kid they didn’t get along.”

“So we go back and forth and I basically text him while this kid is telling the story and I guess I kind of left out that this guy could double for Mark Henry’s brother but there were very few similarities to The Undertaker if you get my drift.”

It looks like you can’t believe everything you hear your Uber Driver tell you while they’re trying to make conversation and get a tip. After all, Bruce Prichard accidentally ran into a guy who he was pretty sure wasn’t being honest, then again this could legit be who he thinks his father is. So someone might need to smarten him up a bit.