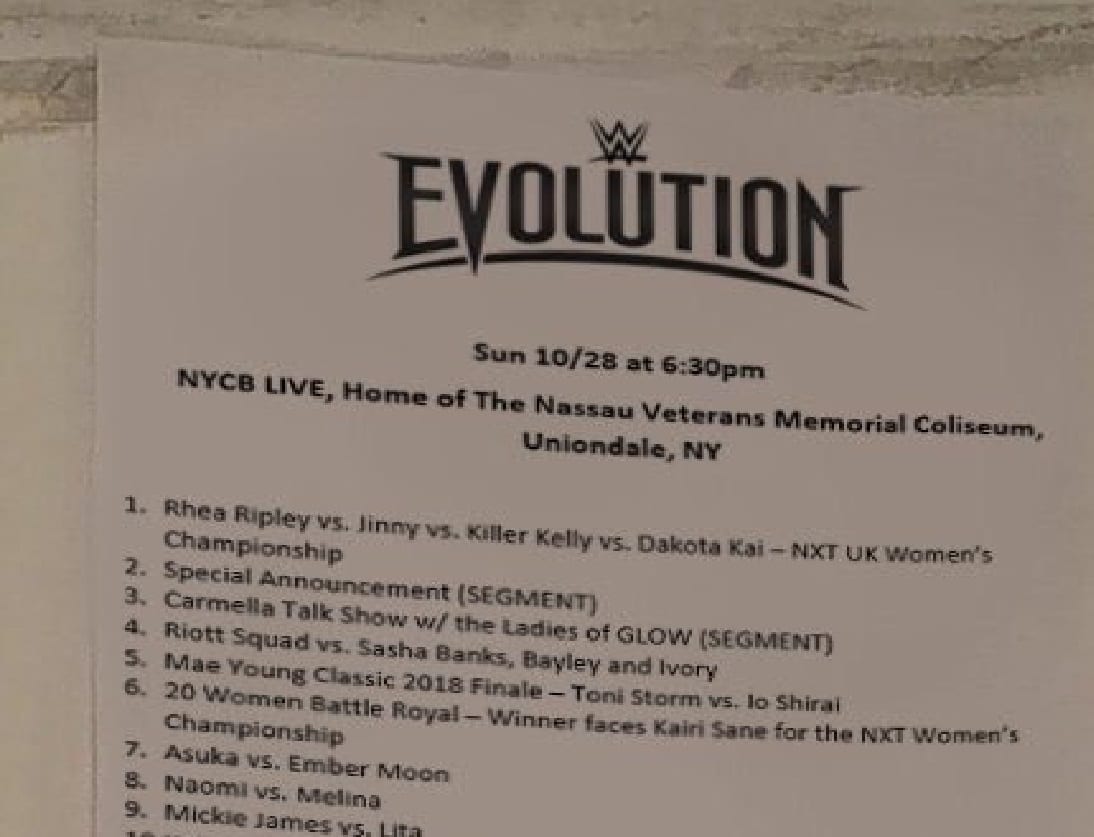 In a day and age where it’s so easy to forge a document, we’re not sure if this one is real, but we have heard a couple people say it might be more real than you know.

There is a match listing floating around online featuring 14 segments on an Evolution card. The matches that have already been announced are included as well as the rumored main event of Ronda Rousey vs Nikki Bella for the Raw Women’s Title. But there are also a few other interesting notes on the card as well.

There will apparently be an NXT battle royal to determine who will face Kairi Sane later on in the night. This is interesting, especially considering the battle royal’s placement on the card. Usually, WWE would book something like that on the kickoff show. But only time will tell if the order could get switched around.

Barnburner Radio reported that the special announcement on the card will be a very big deal indeed as we will get a new title opportunity for the women of WWE. If you’re a fan of women’s wrestling, then this card might be up your ally, but it is interesting how Melina is included since she didn’t appear at Raw 25 or the first-ever Women’s Royal Rumble but she’s still on the show. Also, Michelle McCool was reported to be a part of the show as well, but The Undertaker’s wife is somehow absent from this card.

Take it for what you will, but we’ll include the image below to let you make your own decisions on the matter. 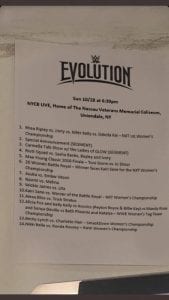