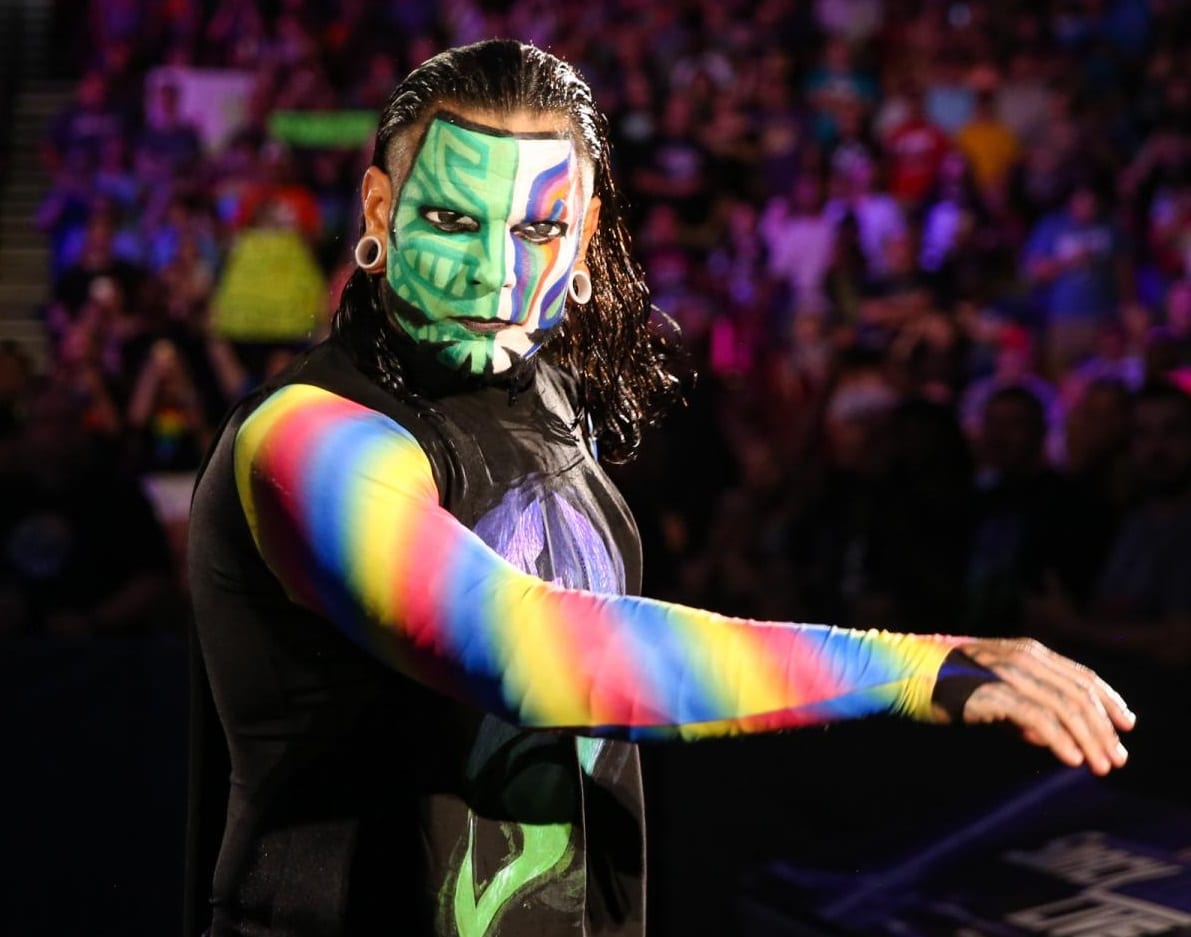 During a recent teleconference, SmackDown Live Superstar Jeff Hardy answered a few questions through SportsKeeda. In the process, he gave an insight into the future of The Hardy Boyz.

During the Superstar Shake-Up earlier this year, Hardy was drafted to SmackDown Live as the United States Champion while his brother Matt stayed on RAW and would become RAW Tag Team Champion alongside Bray Wyatt.

Given the condition, Matt has found himself in combined with Hardy being on a different brand in the first place, Hardy commented on their future together.

I’m sure our roads will cross again as the Hardy Boyz. When I had rotator cuff surgery, Matt had to go on and do something on his own, and he the whole Woken thing. I hope we get to do more of that. I hope we can re-team in the near future and do more behind the scenes work with this. So, I’m sure you’ll see the Hardy Boyz soon again… or rather the Hardy Men.

Given his style in the ring, Hardy was asked to answer which 205 Live Superstars most impress him. The “Charismatic Enigma” would go on to say Buddy Murphy and Mustafa Ali have blown his mind.

Definitely Buddy Murphy and Mustafa Ali. Every time I’ve stuck around after Smackdown to watch 205 Live, they blow my mind. They keep raising the bar and I don’t know how they keep doing it. Those two guys are amazing and I love watching it.

Hardy is set to face his nemesis in Randy Orton at Hell in a Cell this weekend. He took the time to comment on that rivalry.

I don’t know what chip he has got on his shoulder. I mean he is known as the legend killer, The Viper, The Apex Predator. He is a future Hall of Famer and is great at what he does. The WWE Universe has great respect for him so I think this is something personal towards me, tearing my sleeves and painting my face like a rodeo clown; I don’t know what his issue is with me and my creative outlets.

Would you like to see the brothers together again? Who do you have winning Hardy’s match at Hell in a Cell? Let us know in the comments below.